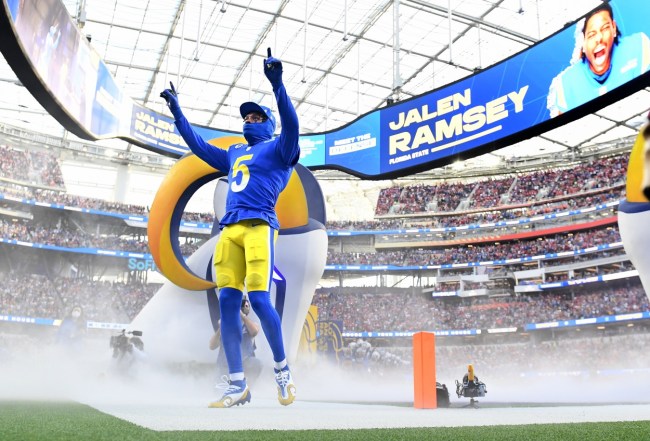 The Rams’ defense got a whole lot better on Thursday.

Los Angeles was able to add an All-Pro contributor to the middle of an already stout unit by signing former Seattle Seahawk Bobby Wagner to a five-year deal.

The move gives the Rams Pro-Bowl talent at all three levels of the defense.

It’s a case of the rich getting richer in the NFL. LA is fresh off of a Super Bowl title after taking down Cincinnati last February. An offseason addition was key to that championship run, too, as QB Matthew Stafford was integral in guiding a high-powered offense.

Now, the other side of the ball gets some attention.

It’s not like the group didn’t already boast star power. Aaron Donald sits in the trenches after eight very productive seasons with the Rams. Jalen Ramsey mans the secondary and is widely considered one of the league’s top cornerbacks.

The addition of a veteran leader like Wagner should only continue to elevate the group’s play. And it’s already got current players on the roster excited for the upcoming campaign.

Jalen Ramsey took to social media after the news broke to post his excitement for his new teammate. He believes that this defense will be “elite” with Wagner leading the charge.

Inspiration & motivation 🤟🏾
This defense will be elite at all 3 levels, I’m claiming it 🙏🏾 @AaronDonald97 @Bwagz @RamsNFL https://t.co/xlY7ZdHIzo

The Rams now boast the two players with the most All-Pro selections amongst active players. Ramsey says he’ll do his part to shore up the back end.

Los Angeles finished last year with top 10 marks in points allowed, run defense, and sacks. They could improve on those numbers in 2022, which is a scary thought for the rest of the NFL.