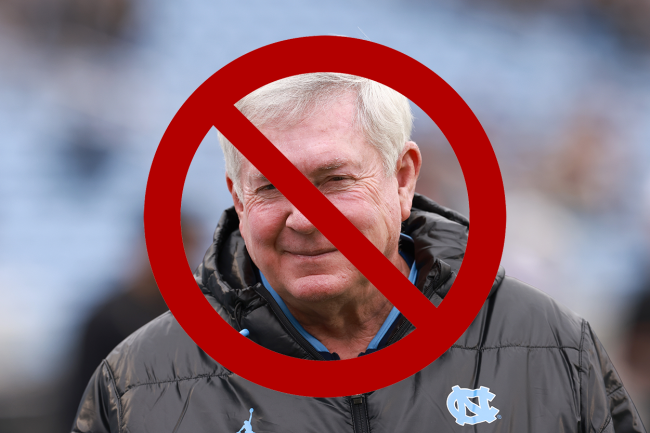 Jamaal Jarrett did UNC about as dirty as he could have. The Class of 2023 recruit committed to Georgia on Tuesday but not without viciously trolling his in-state university in the process.

Jarrett, who stands 6-foot-6, 340 pounds, is a four-star recruit out of Greensboro, North Carolina. While he could have played pretty much anywhere in the country and 27 scholarship offers, he was down to a final three of Auburn, North Carolina and UGA.

Not only does Jarrett have the frame, he has ridiculous twitch for his size and is incredibly explosive on the line of scrimmage. He plays with a low center of gravity and is nearly impossible for opposing offensive linemen to handle because of his agility, physicality, strength, and quickness.

In addition, Jarrett is still young and just turned 17 on July 19th. That gives him even more room to grow, develop and learn, even taking a redshirt year upon arrival to campus, if necessary.

Any program in the country would have been lucky to land a prospect like Jarrett, but it was the Bulldogs who got him in the boat. Or did they?

On Tuesday afternoon, Jarrett announced his commitment on Twitter. Although the caption may have given it away, the decision was not entirely clear at first.

Jarrett pulled the ultimate “okey-doke” on his in-state Tar Heels by first revealing the UNC logo from the shadows of his commitment video. And then he hit em with a brutal SIKE, switching things up and revealing his commitment to Georgia.

Jarrett was absolutely ruthless. This is the first time that I can remember a recruit doing something like this and I love it. Savage.