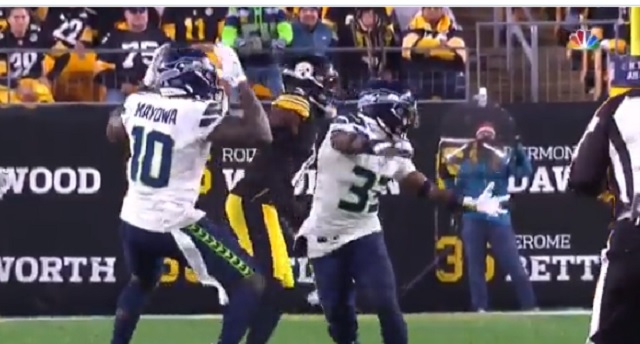 Jamal Adams could have helped the Seahawks get a win against the Steelers on Sunday but unfortunately, he just couldn’t come through for his team.

On Sunday, Adams dubbed himself the “best in the nation” during the pregame intros on SNF.

“Jamal Adams, I’m the best in the Nation.”

Adams didn’t live up to his “best in the nation” moniker when dropped a crucial interception in the fourth quarter and instead allowed the ball to embarrassingly bounce off his face.

Jamal Adams saying he was the best player in the nation during pre game intros just to have the ball hit his face with a chance for a pick 6 during the game is hilarious lmao pic.twitter.com/MUWRE22dzH

Ball hit Jamal Adams in the face LMAOOOO! Could've had an INT pic.twitter.com/StDGYPbY0S