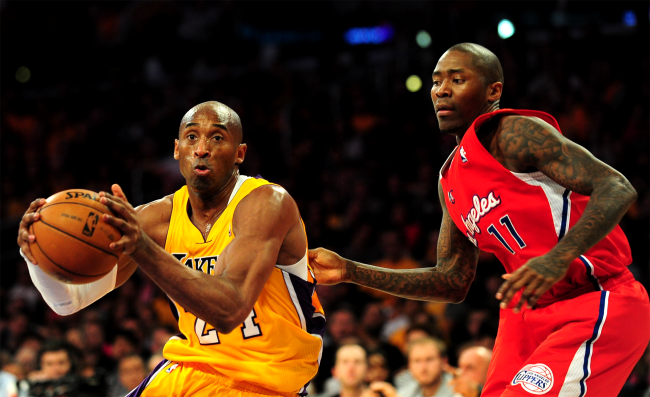 This week, Crawford was asked to share his favorite Kobe Bryant memory during a Twitter Spaces Q&A with fans and he did so with a story from July of 2014 that had nothing to do with them going head-to-head in the league.

“My favorite memory of Kobe was in the summer and we were both playing in the celebrity softball game in Seattle,” Crawford recalled. “We started talking. Kobe has this aura about him, by the way, where he could make superstars, not saying me, but I’ve seen superstars get nervous around him. He just stood out. He was something different.

“So we were at the softball game, and it was my pro-am game later on and I finally built up enough courage. I’m like ‘Kobe man, will you come watch me play tonight. Everybody thinks you’re coming anyways. Will you come?’

Related: Michael Jordan Once Drove Away In Jamal Crawford’s Mercedes After Winning A Three-Point Contest With His Ferrari On The Line

“And it wasn’t because of me. I’m telling you. I remember driving over like, ‘Damn, Kobe’s behind me in the car right now.’ I’m calling everybody like, ‘Get to the Pro-Am, Kobe’s coming!’ And so he had that aura about him and that was the dopest moment for me because he had every reason in the world to say, ‘No I’m not coming,’ or ‘I’ll do it another time, it’s last minute,’ and I would’ve totally understood, but the fact that he moved everything to come was unbelievable to me.”