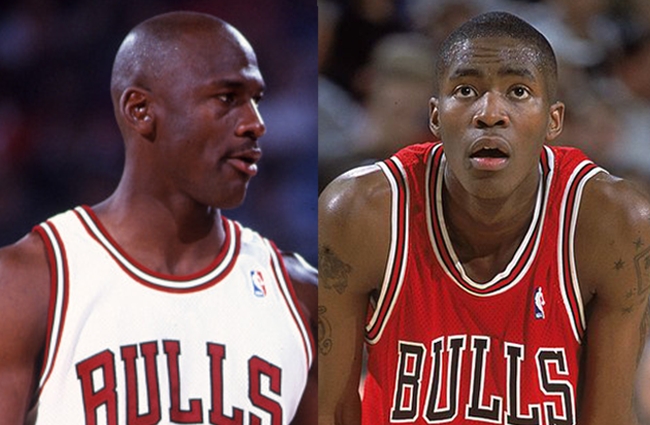 Michael Jordan has possibly the most storied career in the history of the NBA but you could argue that his achievements on the court aren’t as legendary as the countless stories concerning the many ways he gambled with the insane amount of money he made thanks to his basketball prowess.

I stumbled upon plenty of anecdotes while rounding up examples to highlight MJ’s incomparably competitive nature that showcase his affinity for making a wager whenever the opportunity presents itself, whether he’s trying to make things a little more interesting while walking the golf course, waiting for baggage at the airport, or playing rock, paper, scissors.

With The Last Dance currently taking the world by storm, there’s been an influx of new stories concerning this topic (which he addressed on a recent episode), including one from a former mob boss who once implied Jordan’s gambling debts may have played a role in his father’s murder and says the superstar was very serious about collecting his winnings even if he’d only taken someone for $5.

It’s hard to pick my favorite Jordan story but one of the top contenders has to be the time a young Antoine Walker attempted to stunt by arriving at a practice gym in a new Ferrari only for the veteran to take note and subsequently spend the rest of the week driving up in a different Ferrari from his collection (complete with a Jumpman sweatsuit to match the paint job) every day to put him in his place.

It’s likely one of those Ferraris is at the center of another MJ gambling tale that surfaced earlier this week after former Italian pro basketball player and current coach Gianmarco Pozzecco reflected upon a bet Jordan made with Jamal Crawford around the time the legend was gearing up for the comeback he’d eventually make as a member of the Wizards.

.@theoriginalpoz & @vieri_bobo: "Jamal Crawford challenged MJ to a 3-point shootout for $1k, MJ won, Crawford upped to $5k and won. Then MJ asked "what car did you come here with?" "Mercedes" "I came with a Ferrari, let's bet our cars." MJ went 5 for 5, and left in Jamal's Benz. pic.twitter.com/PeWi5hV8AY

I’ll admit my Italian is not proficient enough to confirm the accuracy of the translations I’ve found, but Pozzecco says Jordan found himself down $6,000 after losing two three-point challenges to Crawford before offering him the chance to win a Ferrari if he was willing to put his Mercedes on the line.

Crawford agreed and probably regretted doing so in hindsight, as Jordan won the bet and didn’t just gain ownership of a new car but removed the custom license plate before driving away in it. However, as Slam noted a few years ago, there are other wagers Crawford likely regrets more, as this one didn’t result in someone calling his agent to let him know he’d be killed if he didn’t pay the $100,000 he owed to a professional gambler.

As always, I would like to thank these guys for providing me with stories that make me feel so much better about losing $20 on Super Bowl boxes that never hit.