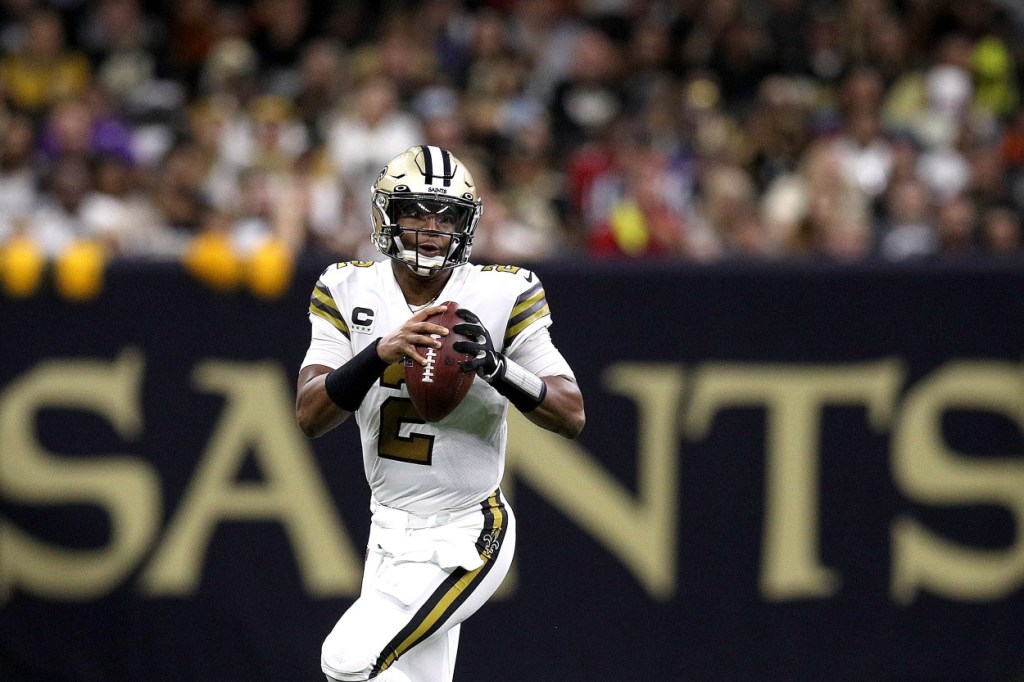 The New Orleans Saints were going HARD in pursuit of Deshaun Watson as recently as last week. But the Cleveland Browns ultimately gained Watson as they lost a ton of fans and NFL Draft picks. After that, the Saints opted to stick with quarterback Jameis Winston.

The New Orleans Saints announced on Monday they were signing a 2-year contract (extension) with Jameis Winston. I’m a little biased as an FSU graduate and lifelong Tampa Bay Buccaneers fan, but most NFL fans would agree with me that Jameis is one of the most electric players in the NFL. You don’t know if he’s going to come out and throw 5 touchdowns, 5 interceptions, or both.

Jameis Winston is the NFL embodiment of Charlie Day’s ‘WILD CARD, B**TCHES’ line from It’s Always Sunny and fans are stoked that he’s coming back. Winston’s 2021 NFL season was cut short after tearing his ACL and he has been recovering from the injury ever since. Presumably, Famous Jameis will be ready to go by the season opener if the Saints are committing $28 million to him over two years including $21 million that’s guaranteed.

The #Saints are re-signing QB Jameis Winston to a two-year deal with a base value of $28 million, including $21M guaranteed, sources tell me and @RapSheet.

So after missing out on Deshaun Watson, New Orleans turns to an old friend at QB.

Should’ve been @Jaboowins this whole time! Don’t even know why we’re messing around. pic.twitter.com/OeKWVlopAE

The New Orleans Saints have been Tom Brady’s kryptonite throughout his NFL career. Jameis Winston is a former Tampa Bay Buccaneers quarterback and the connections run deep between the two NFC South rivals. It will be fun to see what the Jameis vs Brady matchup looks like this coming season…