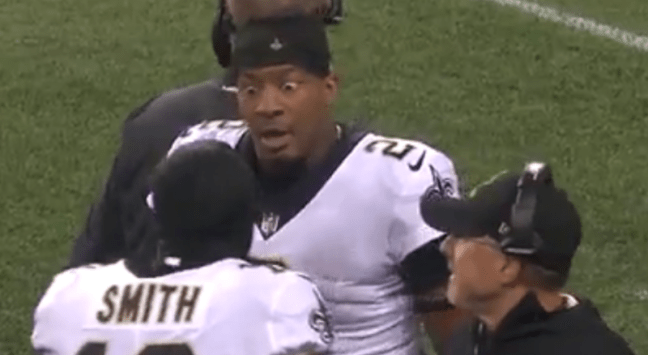 Jameis Winston is fed up with wide reciever Tre’Quan Smith.

In the fourth quarter of Monday night’s Seahawks-Saints game, Winston could be seen chewing out Smith on the sidelines after a third down play.

Jameis Winston and Tre'Quan Smith being all warm and fuzzy. pic.twitter.com/uIPNgI83XD

Apparently, Saints head coach Sean Payton was not happy with Smith’s play either.

Sean Payton and Jameis Winston both jumped all over Tre'Quan Smith on the sideline after that last third down play. Not sure what it was about, but it got very heated. Emotions high here in the fourth quarter.