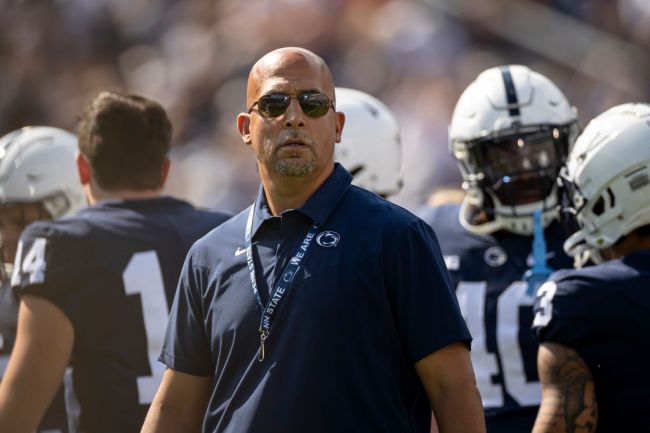 USC is on the search for a new head football coach yet again after firing Clay Helton following the Trojans’ home loss to Stanford over the weekend. While every well-known coach in the country is getting linked to the job, James Franklin seems to be one of the more realistic candidates.

The Penn State head coach was asked about all of the rumors involving him taking the USC job during a Tuesday press conference, and his answer was strange, to say the least.

“I can’t stand any form of distraction,” Franklin began. “I’ll discuss this today with the leadership council so that we can make sure that all of our energy is on our preparation for Auburn. That’s how we’ll handle it.”

Instead of saying no – whether it be a legitimate no or a fake one – Franklin saying he’s going to speak with the leadership council about rumors is a bizarre tactic. If you’re a Penn State fan that likes Franklin, you can’t love that answer.

Dan Patrick began his show on Tuesday talking about Franklin’s odd statement about the rumors and also said that a source he’s spoken to believes there’s a mutual interest between USC and Franklin.

Outside of Penn State’s 4-5 season a year ago, Franklin has done a rather solid job since arriving on the scene in 2014 including a Big Ten title in 2016. Having said that, it’s never felt like a perfect fit in State College for Franklin despite the fact that he’s a Pennsylvania guy himself.

Based on his remarks about the vacant job at USC, it’s safe to say that he’s keeping up with the rumors and perhaps looking for a fresh start out west.