James Harden Traded To Brooklyn In A Massive Blockbuster Deal With Houston, Indiana And Cleveland 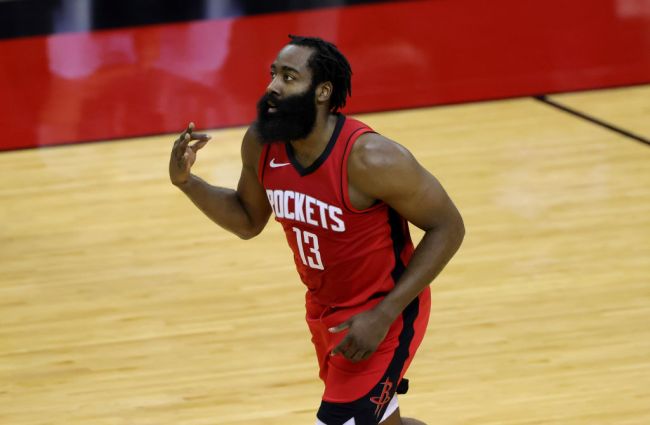 James Harden has wanted out of Houston for quite some time and finally got his wish. The Rockets’ star guard has been very vocal about his desire to be traded over the past few months and expressed on numerous occasions that he would like to head north to join Kevin Durant in Brooklyn. There was speculation that a deal was imminent and last night’s 117-100 lost to the Lakers may have been the final push. In the postgame press conference, Harden said that feelings toward the organization were unfixable.

James Harden is out ✌️pic.twitter.com/LPHkPZLXjC

The public display of a fractured relationship forced Houston to act. Rumors started to pick up steam on Wednesday morning that the Rockets were getting ready to ship James Harden either to the Philadelphia 76ers or the Brooklyn Nets and by the afternoon, a deal was done.

ESPN Senior NBA Insiders Adrain Wojnarowski and Ramona Shelburne were among the first to report the trade details:

To the surprise of many, Brooklyn guard Kyrie Irving was not included in the transaction. Instead, the Nets traded a haul of draft picks and strong role players. The most prominent name to be send to Texas was Caris LeVert, but reports quickly surfaced that the trade was being expanded to include Indiana. The Pacers received LeVert in exchange for Victor Oladipo.

The Rockets are expanding the deal to send Caris LeVert to the Pacers for Victor Oladipo, sources tell ESPN.

A lot of moving pieces came together very quickly, but the dust has settled and this is where things stand as of late Wednesday:

The trade shakes up the entire landscape of the NBA and sets up a “big three” in Brooklyn with Harden, Irving and Durant.

Harden has played in eight games with Houston this season and is averaging 24.8 points, 5.1 rebounds and 10.4 assists per game in 36.3 minutes. It will be curious to see how first-time head coach Steve Nash and his staff distribute the ball between Brooklyn’s playmakers, but this trade (if a balance is met) makes the Nets an immediate super team. They are currently 6-6 on the season, but Irving has not been with the team recently and is reportedly distant.