Kyrie Irving Is Reportedly Furious At The Nets For Hiring Steve Nash, Is ‘Distant’ With Kevin Durant 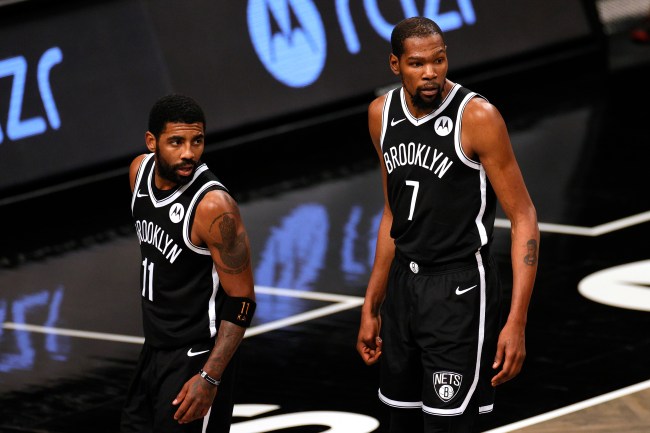 The Kyrie Irving saga has taken another dramatic turn.

For the past week, Irving decided to randomly sit out due to some mysterious “personal issues” and missed several games while barely communicating with the team.

After Irving was spotted out at a birthday party without a facemask during his hiatus, a report popped up claiming the team’s patience with their star guard was growing thin.

The Nets have a losing record and Kyrie Irving is out dancing in the club, set to be sit out for a 4th straight game tonight.

The team's patience with the star point guard is growing thin and they have made that clear with him.https://t.co/vjdHj9Hhdt

According to SNYTV’s Thomas Dee, Irving is furious with the Nets for hiring Steve Nash without consulting him. Dee goes on to report that Irving’s relationship with Durant is being described as “distant.”

I’m told he’s been “furious” at the organization for some time for not giving him more input on the head coach hiring.

He was not in favor of Steve Nash.

Also, his relationship with Kevin Durant has been described as “very distant” recently. https://t.co/MS4yvW4x2J