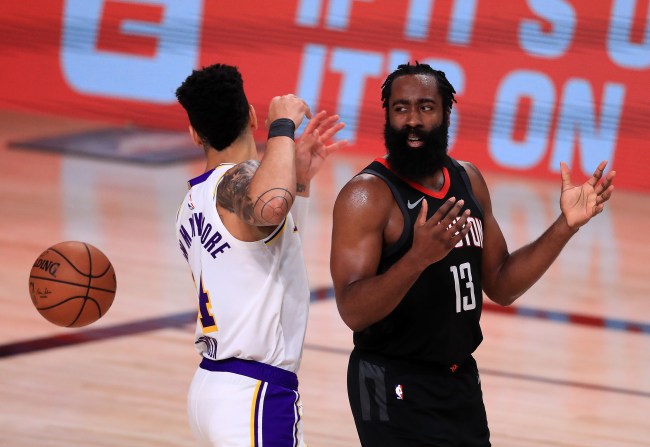 James Harden is going to have a long season.

On Saturday the NBA released their Covid-19 protocol for the upcoming season and there are some interesting limitations for players.

According to ESPN’s Adrian Wojnarowski not only are players prohibited from going bars/clubs on the road but they can only go to “approved restaurants”.

Traveling amid the pandemic is a great challenge for teams in this new season; NBA and NBPA are searching for ways to allow some freedom, but also limit exposure to the virus. Teams will be notified of the vetting process for "approved restaurants" soon, league says. https://t.co/ukt9WvIjtd

Fans immediately made James Harden jokes after Woj’s report considering the Rockets is notoriously known for hanging out at strip clubs during the season.

When Harden and Wall see that clubs aren’t allowed pic.twitter.com/kfjzLp1iAS

Harden Wall and Lou will bout to opt out lmfaoooooo https://t.co/sAmcVBkW9C

“I heard rumors of Wall and Harden going to a strip club Adam…” pic.twitter.com/crcs63RgMc