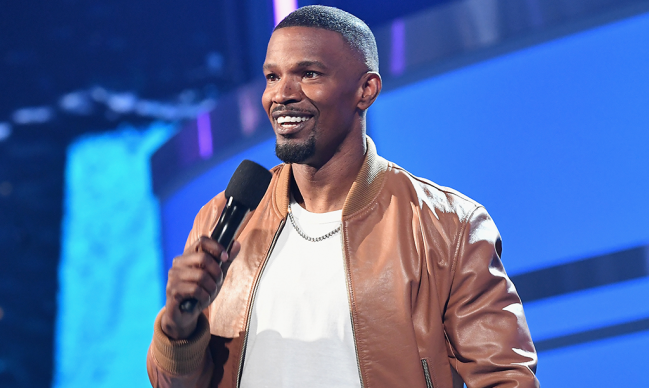 When I first moved to New York City, I decided to give stand-up comedy a shot before almost immediately realizing I didn’t have the brightest future in that particular realm when I discovered the audience at the open mics where I had to buy two drinks to earn the honor of taking the stage did not find my jokes nearly as amusing as I did.

However, even the most talented comedians bomb every once in a while—including Jamie Foxx, who burst onto the scene in the 1980s before joining the cast of In Living Color and was riding pretty damn high during that time. However, his bubble was temporarily burst a bit one night thanks to the chilly reception he received when he began to deliver a joke about Mike Tyson during a set in a club in Los Angeles during a time when the boxer was also on the top of the world.

Most comedians who crash and burn have no one but themselves to blame for failing to read the room, but as the actor recently shared while chatting with Stephen A. Smith, he ran into a different issue when he failed to scan the room, which just so happened to be home to Tyson and his entourage.

He recalled that awkward moment when he joined Stephen A’s World on ESPN+ on Tuesday, saying:

“Almost 25 years ago, I was in a club—and I was burning up the clubs in L.A.—and I went into my Mike Tyson joke and nobody laughed. You know why? Because Mike Tyson was in the audience. The whole place gets silent and I’m like ‘What?’

[A guy] said ‘Yo! Mike is in here!’ and I was like ‘Oh!’ There was a black girl in the front—she was going, ‘What are you gonna do, Jamie? You scared to tell your little joke?’ And you know, this is when Mike was knocking people out for just smiling the wrong way.

So, that night was pivotal, because a dude yelled out, ‘Yo, Mike said do the joke but that better be funny!’ Right? So they’re looking at him, and then they turn and start looking at me and I do the joke. I get a standing ovation, and after that, Mike walks up to me and says, ‘There he is! You crazy son of a gun. Come here. We’re gonna hang out. I want you to hang out with me.’

So I started hanging out with Mike Tyson.”

He didn’t specify what the joke was, but when he told the same story to Jimmy Fallon a few years ago, he said it involved him doing an impression of the boxer attempting to place an order at KFC. It turned out to be the start of a long relationship, as Tyson pushed for Foxx to portray him in a biopic that’s in the works (a role the actor has gotten absolutely ripped for), so it’s safe to say it all worked out in the end.