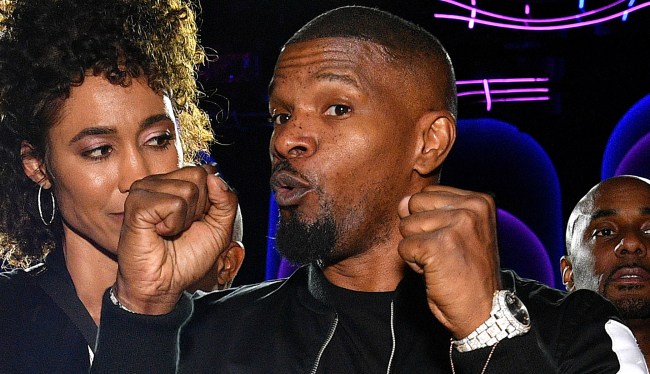 Academy Award-winning actor Jamie Foxx has been trying to get a Mike Tyson biopic made for years and by the looks of the shape he is currently in, he’s getting pretty close to getting it done.

Foxx first began discussing how he wanting to do a Mike Tyson movie since 2009. Unfortunately, things got delayed, but then in 2015 he and Tyson met with Paramount to discuss making the movie. Again, it didn’t happen.

But now, as Foxx alluded to in an Instagram post last year showing a picture of him and Iron Mike, they were “one step closer.”

Fast forward 59 weeks and Foxx has all but made it official as he spoke about getting in shape to play a young Mike Tyson with Mark Birnbaum, reports TMZ Sports.

As for lower body? There’s a different plan for that.

In the video of their discussion below we get a brief peek at just how jacked the 52-year-old actor is now.

We already know Foxx has the voice down pat…

And now it appears he’s got the body to match.