Did Jared Goff Just Pop This Thumb Back Into Place In The Middle Of The Game? 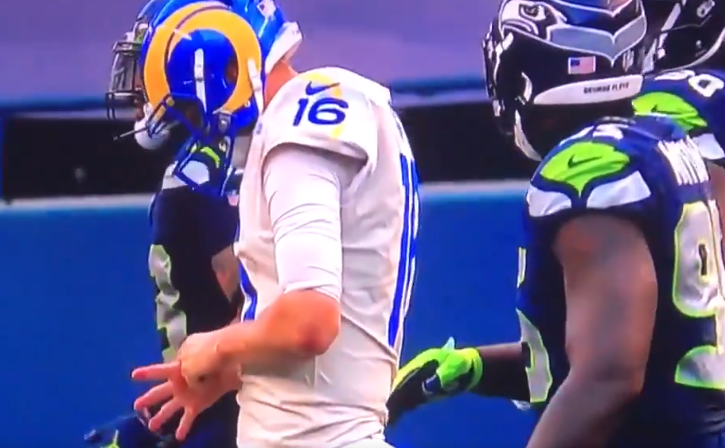 The Los Angeles Rams are fighting for a playoff spot against the Seattle Seahawks.

Rams quarterback Jared Goff probably doesn’t want to come out of the game for any reason, so he’s playing doctor on himself right on the field.

Goff injured his thumb in the fourth quarter during a follow-through, smashing his hand on a Seahawks player’s helmet.

Goff stayed in the game, and before returning to the huddle, Goff appears to pop his right thumb back into place.