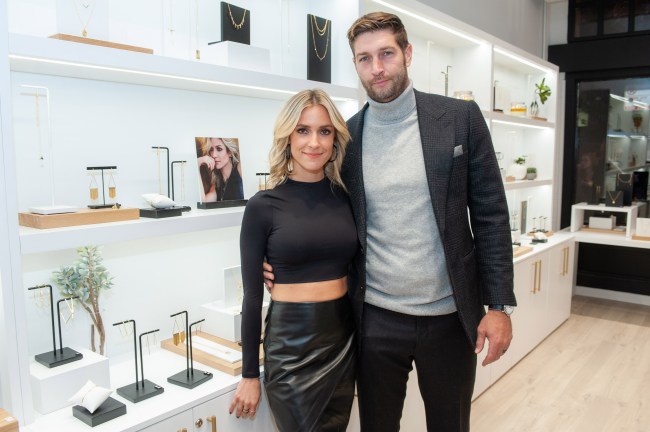 Earlier this year, the couple announced they were divorcing after 10 years of marriage in an Instagram post.

With great sadness, after 10 years together we have come to a loving conclusion to get a divorce. We have nothing but love and respect for one another and are deeply grateful for the years shared, memories made, and the children we are so proud of. This is just the situation of two people growing apart. We ask everyone to respect our privacy as we navigate this difficult time within our family.

Cavallari has apparently already moved on from Cutler and has begun dating other people after she was spotted making out with comedian Jeff Dye in Chicago last week.

Sources tell us Kristin was smooching comedian Jeff Dye in this video we obtained. Unclear for now if it was a one-off, or if they’ve been a thing for a minute now — but either way … she’s in for some laughs if this is, in fact, her new boo thang. Dude’s pretty funny.

According to US Weekly, Cutler has seen the video of Cavallari and Dye making out and is “not happy” his ex-wife has already moved on from him with the comedian.

The Very Cavallari star, 33, got cozy with Dye, 37, during a night out in Chicago on Sunday, October 11. In video footage posted by TMZ, the Uncommon James founder kissed her new man on the lips. As the flirty exchange continues to make headlines, a source tells Us Weekly exclusively that Cutler, 37, “is not happy” to see Cavallari “moving on” in the wake of their split.

“Kristin and Jeff are totally a thing,” the source told Us exclusively. “She loves to laugh and Jeff is obviously so funny and playful. He is making her life lighter through this transition and deterring her away from feeling upset. Jeff has helped put her in a good headspace and he is stoked on her and thinks she’s so beautiful and sexy.”

Sounds like Cutler is dealing with some post-relationship pain but I’m sure he’ll find someone for himself eventually.