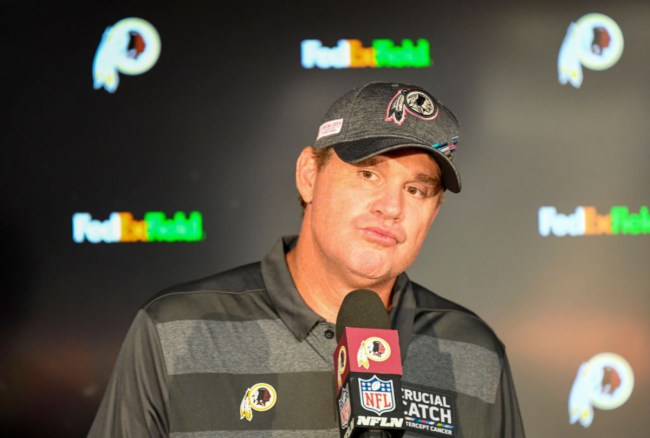 During his time in Washington, he certainly heard arguments about why the franchise should change its name, but if it were up to him, the team never would have never changed its name in the first place.

Earlier this week, Washington announced that it will be unveiling a new name and logo on February 2. On the same day that announcement was made, Gruden made an appearance on the ‘Russel & Medhurst’ show stating the team should still be called the Redskins.

“I don’t want to ruffle any feathers,” Gruden said, according to Nick Selbe of SI.com. “But they should’ve never changed the name in the first place.”

Gruden Questions Why People Care About The Name

“Are you guys just trying to figure out the new name? It’s so exciting,” he said in a mocking tone. “I don’t think anybody really cares other than you guys.”

One of the hosts on the show confirmed that they didn’t care about the name change either.

On the flip side, Gruden’s comments will certainly ruffle the feathers of certain people out there as well.

One thing we can all agree on is that whatever new name Washington announces, it’s not going to magically change things for a team that hasn’t won a playoff game since 2005.