Redskins To Retire Name On Monday According To Report 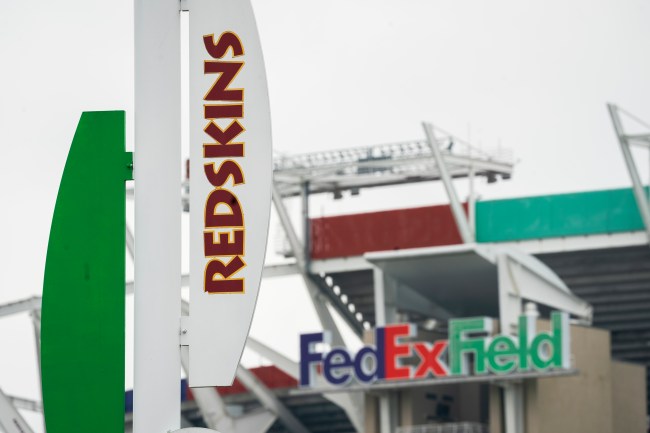 After years of criticism, the Redskins are apparently on the verge of changing their name.

According to Sports Business Journal reporter Ben Fischer the team will announce that they will retire the name on Monday after receiving pressure from sponsors. The new nickname will not be released until a later date.

News: The @Redskins intend to announce Monday that they will be retiring the nickname, per sources. New name still TBA. https://t.co/SHkLlBQpAx

The Redskins intend to announce on Monday that the team will retire its nickname, two sources said, 11 days after naming-rights sponsor FedEx’s public statement asking for a change to the controversial moniker. The new nickname will not be announced immediately because trademark issues are pending, the sources said, but insiders were told today that the “thorough review” announced July 3 has concluded. The team felt it was important to remove any doubts as to the future of the name, one source said.

As for the new nickname, the Washington Red Wolves has been gaining steam among Redskins fans in the past few weeks.

“Redwolves” gaining serious traction in Washington. DL Jonathan Allen hyped the name on Twitch, Compton did below and the fan petition supporting it just passed 3,500 signatures. Redwolves are an endangered species native to SE US, as well as a past support squad for Navy SEALs. https://t.co/f6Pj0A0FBv

The more I think about it, Redwolves (and RedTails) accomplish a lot of what the org seems to want.
– No Native imagery
– Military connection
– Preserving as much of the brand as possible (color scheme, #HTTR, etc)
– Two syllables to fit the fight song (“Hail to the Red-Wolves”)

Update: Redskins fans are starting to say goodbye to the old name on social media.

This could be our last day as Washington Redskins fans.

Drop a Hail To The Redskins❗

See you on the other side #HTTR pic.twitter.com/G60gUleeEG

Hail to the Redskins! #HTTR

Last day to Hail To The Redskins! It’s gonna be hard to say goodbye this team has been a huge part of my life all 21 years of it! But ready to move onto the next chapter of Washington Football! #HTTR pic.twitter.com/3oDHp2vmuh

With the rumors of a new nickname coming this week. I will say it one last time…..Hail to the Redskins. #HTTR