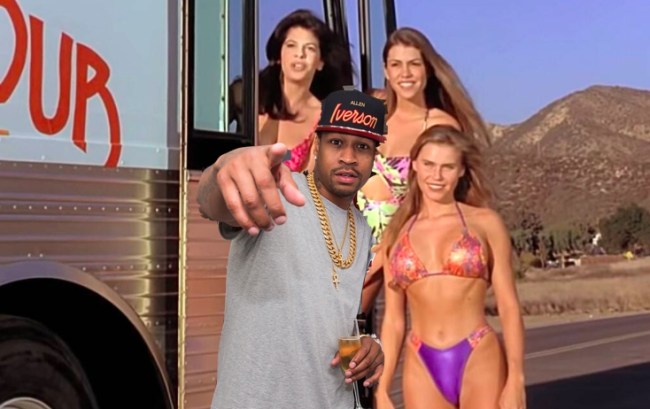 While it’s yet to be confirmed by medical professionals in Hampton, Virginia, rumor has it that Allen Iverson exited his mother’s womb on June 7, 1975 in a backwards fitted and a custom birthday chain from Gabriel The Jeweler.

This may seem like nothing more than an urban legend to skeptics, but no one has yet to provide an alternative explanation on how someone could possibly be that fucking cool.

While Michael Jordan was rocking suits fit for a refrigerator, AI was writing the constitution for NBA culture that still influences your favorite players today.

On our Endless Hustle podcast, former NBA player-turned-ESPN analyst Jay Williams recalled an encounter with The Answer nearly two decades ago that still resonates with him.

In 2002, Jay had just been drafted by the Chicago Bulls with the second overall pick. High on himself, Jay got an advancement from his agent and decided to take his seven best friends on a G4 private plane to Miami for a prestigious pool party that women wear high heels to and men need to be blood relatives with the owner to get in.

At his parents behest, Jay had hired a security guard to accompany him “like I was LeBron or somebody.” The security fellas name was Tim.

Pulling up to a massive line, Jay gave Tim a wad of cash to bribe the bouncer to allow his sausage fest (and a few girls) jump the line.

The bouncer accepts the bribe, but Jay and his group were forced to wait at the front of the line, which irritated the 21-year-old Duke legend.

On the new episode of @BroBible #EndlessHustle Podcast, @espn's @RealJayWilliams tells us his EPIC @alleniverson story.

“Then I see two buses pull up and I see at least 15, 20 people get out of one bus. And they’re all walking by me in line into the club.

And then the second bus pulls up and another 15, 20 people get out.

And the last person to get out, he’s got this old school Alex English jersey on that goes down to his knees. He’s got the chains on. He’s got the backwards cap on. And he’s holding a bottle of Moet, drinking it.

And AI starts walking by me and I’m like, ‘Do I say what’s up? Do I seem like a fanboy because I am a fanboy?’

And he brought me in, and I’ll never forget this, I was bigger than him. He put his arm around me. I was like, ‘I feel so small right now. He’s AI!’

Jay circled back to the best part of the story.

When Iverson first approached Williams in line, he asked who made up his crew. Williams tentatively pointed to the two or three girls he was with, the implication being they weren’t beauty queens, and AI scoffed and said, “Nah man. You come with me.”

“My boys were so angry at me until we got in the club and they were very happy.” 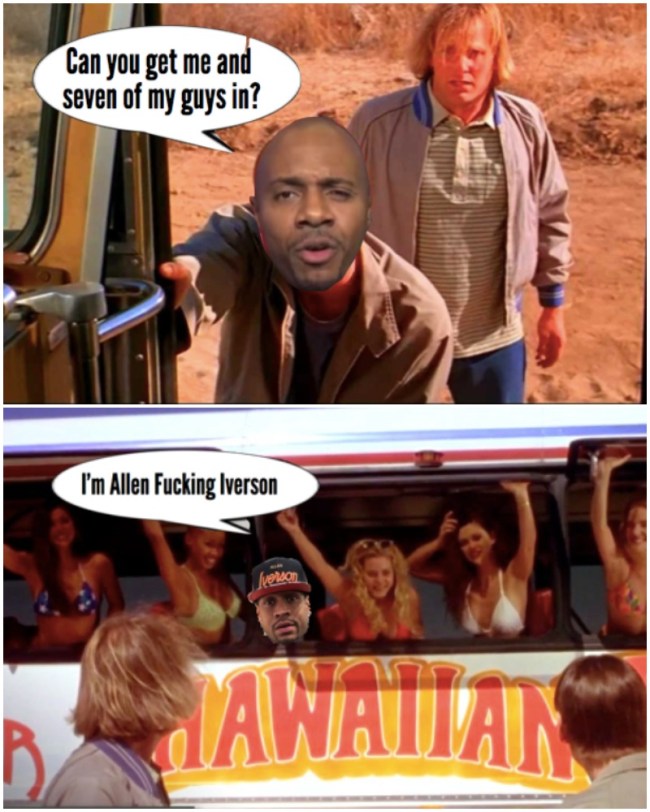 You can listen to the entire electric interview with Jay Williams (and Vernon Davis) below.