Jay Wright Hinted He Was Retiring After The Season Following Villanova’s Loss To Kansas, But No One Noticed 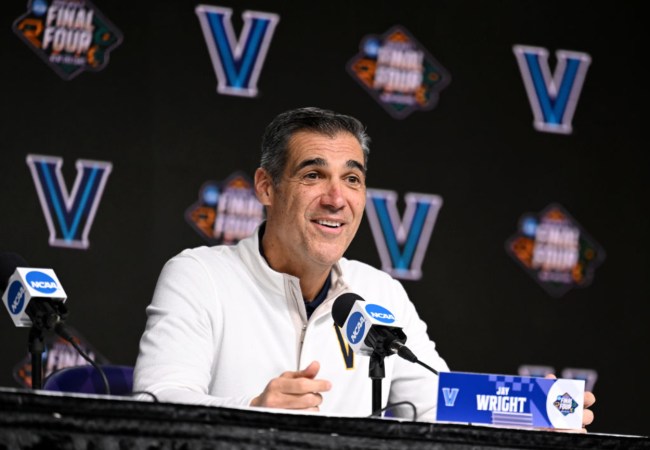 Jay Wright retiring as the head coach of Villanova came as a bit of a surprise. While Wright spent 21 seasons in charge of the Wildcats, he’s still only 60-years-old and is fresh off a season in which he led Villanova to the Final Four.

While the two-time national championship-winning coach calling it quits caught college hoops fans off guard, everyone should have seen this coming.

Wright made a comment during his Final Four press conference that made it very clear that he was set to retire, but nobody seemed to notice.

After calling on a reporter, Wright said “I get to say it one last time” showing that he already had his mind made up about retiring.

“Hoops is in the house. I get to say it one last time.”

Jay Wright low-key hinted to everyone at the Final Four that this was his final season. What a sneaky Easter Egg this was after losing to Kansas. Wow.

Catch via @redditCBB, hat-tip @bubbaprog for the vid assist. pic.twitter.com/1vFoBRcHls

Wright officially stepped down from his post at Villanova on Wednesday and will carry an overall coaching record of 642-282 into retirement. He was inducted into the Basketball Hall of Fame in 2021 and led Nova to four Final Four appearances during his 21 years at the helm.