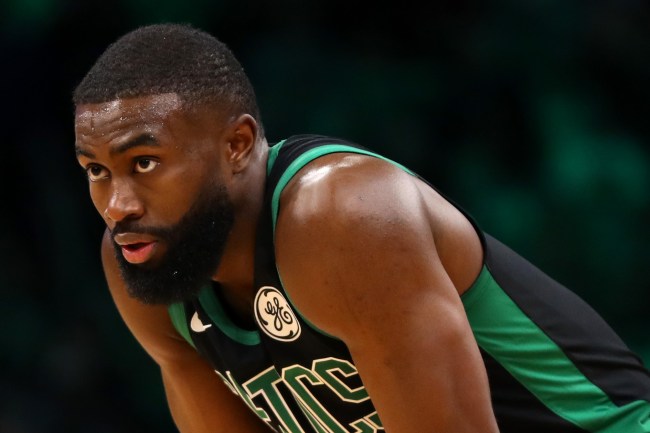 Celtics’ Jaylen Brown is only 23-years-old but he’s become a vocal leader during the last few months.

On Wednesday it was reported that NBA players had held meetings to discuss whether or not to continue the season following the police shooting of Jacob Blake in Kenosha,Wisconsin..
.
According to several reports, players are not only dealing with the Jacob Blake shooting but are “worn out” from being in the bubble for two months.

Emotions are raw, players were already worn out of bubble environment prior to the Jacob Blake shooting and sources say discussions within teams are ongoing about postponing tomorrow's three games too — and beyond. "The season is in jeopardy," one vet player here tells ESPN.

During Wednesday night’s meeting, Celtics’ forward Jaylen Brown reportedly confronted players and asked if they were actually going to protest if they went home or if they just wanted to leave the bubble because they’re just sick of being there.

It is worth noting Brown was one of the first players to be active during the BLM protests in the summer when he drove 15 hours from Boston to Atlanta and joined a match.

"Being a celebrity, being an NBA player don't exclude me from no conversations at all. … We're raising awareness for some of the injustices that we've been seeing. It's not ok.”