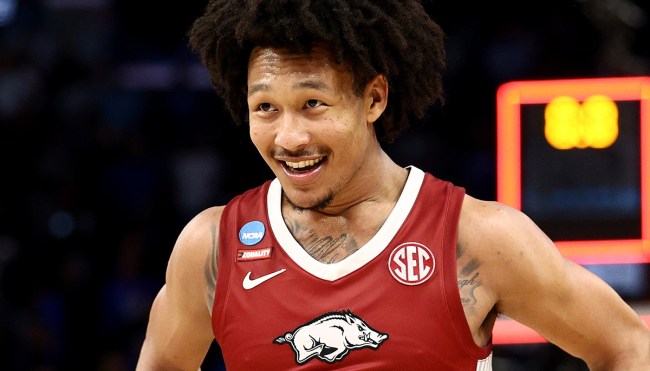 The Oklahoma City Thunder treated us to one of the more amusing developments to come out of this year’s NBA Draft when they used their lone second-round pick to secure the talents of former Arkansas Razorback Jaylin Williams after using their previous selection to nab Jalen Williams 12th overall.

It didn’t take long for the team to get its meme on and capitalize on the fact that the two players essentially share the same name, and it would appear the two new teammates have already figured out a solution to avoid potential confusion (Jalen has adopted the nickname “J-Dub”  while Jaylin will be known as “Jay Will”).

Most experts projected Jalen would be picked in the latter half of the first round, while Jaylin headed into the night knowing he’d probably end up going somewhere in the second. As a result, he had plenty of time to prepare for the moment he’d hear Adam Silver call his name knowing he was actually referring to someone else.

However, it would appear plenty of people at his draft party didn’t get the memo. On Wednesday, the Razorbacks shared a clip of that moment and the fantastic reaction Jaylin had, as he was forced to repeatedly remind attendees (including his sister) “That’s not me!” while laughing off the confusion he said he saw coming.

Before the @okcthunder drafted Jaylin Williams, they drafted… Jalen Williams.

Team chemistry is gonna be 🔥