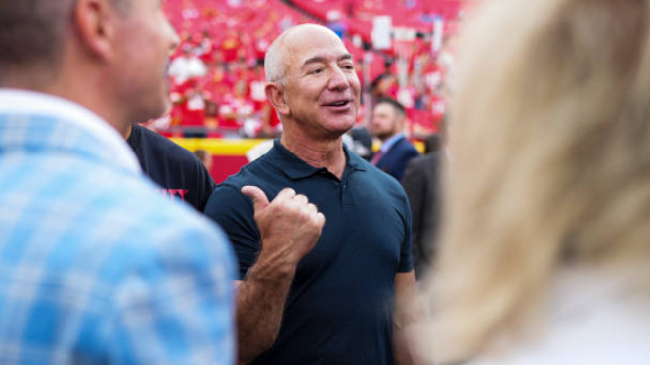 That news is sure to generate plenty of interest from people who have billions of dollars to spend on a professional sports franchise as the Suns are currently one of the more appealing franchises on the market.

The team is coming off of a pair of successful seasons and the Phoenix area’s weather makes it an appealing place to live during the NBA season.

It hasn’t taken long for some big names to be mentioned as potential buyers for the franchise and according to ESPN’s Ramona Shelbourne, Jeff Bezos is one of those big names.

Ramona Shelburne on some notable names to look out for as far as who will be the next owner of the Phoenix Suns.#NBATwitter pic.twitter.com/fKNNeOynsQ

Jeff Bezos has been linked to multiple NFL teams over the past few years. Between the Broncos, Seahawks, and Commanders, it seems like every time a team might be sold, speculation about a Bezos purchase closely follows.

With all of these rumors, it seems like an inevitability that at some point he will actually buy a sports franchise of some kind. The Suns could be a good fit for that purchase.

First of all, the Suns are a franchise that is currently built to be successful for a while. They have a solid young core with Devin Booker, Mikal Bridges, and Deandre Ayton that should keep them in contention for years to come.

Bezos also has ties to the southwest, having been born in Albuquerque, New Mexico.

Amazon already has a pretty large presence in the Phoenix area with 3 warehouses in Phoenix, another in Goodyear, and a tech hub that they are planning to expand in Tempe.

Maybe the Suns will actually be the team that gets Jeff Bezos to own a sports franchise.