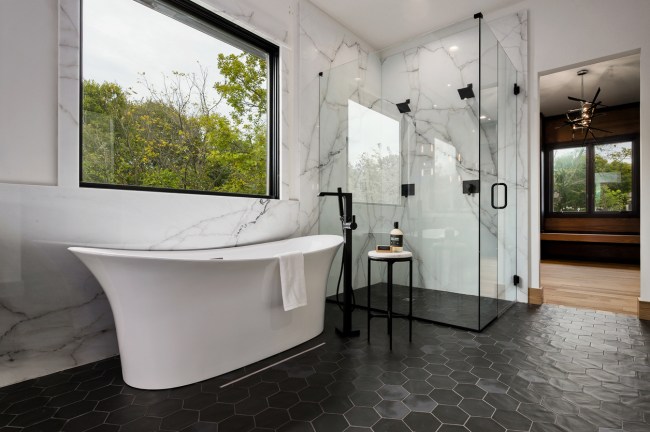 Jelani Thurman is one of the top tight ends in the college football recruiting class of 2023. The Georgia-native is considered a consensus four-star recruit and is the 10th-ranked player at his position per On3 Sports.

Thurman, who stands 6-foot-5, 225 pounds has great height and an elite frame. His long arms and large catch radius allow him to be used all over the field as a personnel-flexible player with the ability to win contested balls and a strong blocker.

As a two-sport athlete who has played on both offense and defense on the gridiron, his raw athleticism leads to significant upside. Thurman’s stock has quickly risen over the past year and he has garnered a lot of attention from FBS programs.

When you look at his tape, it’s not hard to see why. He’s a beast.

Thurman has scholarship offers from Alabama, Ohio State, Clemson, Michigan State, Kentucky, Miami, LSU, Ole Miss and Oregon, among others. He has 29 offers in total.

On Monday night, Thurman announced that he will be committing at 12:00pm EST on Sunday, July 17th. He is expected to be deciding between Auburn, Alabama, Michigan State and Ohio State, but his Top 8 also included Clemson, Miami, Tennessee and Ole Miss.

To announce his commitment date, Thurman flexed all over everybody. He posted a photo of himself lounging in a rather luxurious bathtub. It appears as though there is even a T.V. inside his bathroom so that you can watch while you soak.

However, Thurman’s tub was not full of water. It was full of all of the mail that he had received throughout his recruitment. It’s a lot and it filled the tub to the brim.

The wait is almost over July,17 12:00 pic.twitter.com/Pprxwdhlfm

In a world where visual content continues to play a bigger and bigger role in recruiting, everybody is trying to get more creative. Thurman certainly stands out!