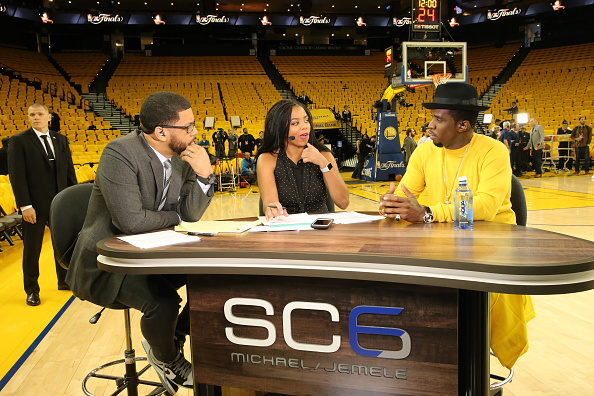 Following a year of controversy where she saw herself get suspended for her political opinions, ESPN’s Jemele Hill has decided to leave SportsCenter for “The Undefeated”.

ESPN SportsCenter anchor Jemele Hill is leaving the 6:00 p.m. SC6 edition of SportsCenter to join the staff of The Undefeated, the ESPN microsite that fuses sports, race and culture, as well as other additional assignments. Multiple sources confirmed that Hill asked management for the switch. She is expected to depart SC6 in February.

In February, ESPN relaunched SportsCenter as SC6 with Jemele Hill and Michael Smith as its new anchors. In September, Hill notably became a subject of national conversation following a string of tweets in response to comments about President Donald Trump, including one where she called the President “a white supremacist.” A White House spokeswoman called for Hill to be fired and Trump also responded to Hill on Twitter. ESPN released a statement saying Hill’s comments “do not represent the position of ESPN,” and later, the network suspended Hill for two weeks for violating its social media policy.

According to SI.com’s Richard Deitsch, Hill’s decision to leave SportsCenter was “her choice”.

People I trust at ESPN, people who have dealt me straight for years, tell me Jemele Hill asked for the switch. You’ll no doubt hear otherwise. Up to readers to believe who they trust.

Hill’s exit from SportsCenter is likely going to make several people who have long criticized ESPN for being too “liberal” very happy. Kind of sucks for Michael Smith who has been Hill’s partner in crime during most of his tenure at ESPN.