Jen Selter Makes An Appearance At MSG To Root For Kristaps Porzingis, Talks About Potential Relationship With The Knicks Big Man 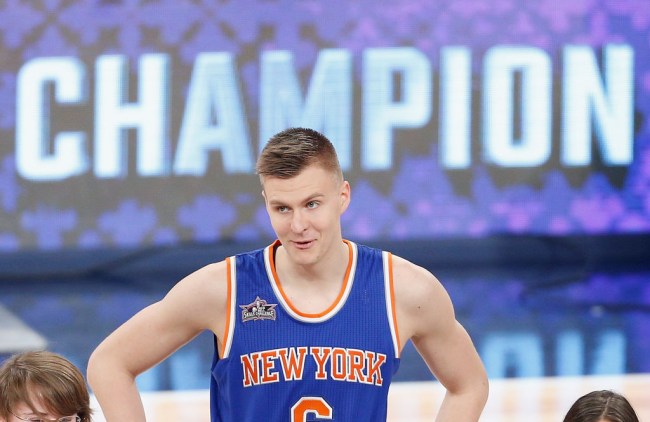 The ongoing flirtation between Instagram model Jen Selter and Knicks superstar forward Kristaps Porzingis has been one of the best story lines in the NBA this season.

It all started when Porzingis decided to shoot his shot at Selter on the social media site.

Selter responded positively to Porzingis’ flirtation and liked several of his posts on IG while also posting a revealing pic on Instagram with a unicorn emoji.

On Wednesday night miss Selter made an appearance at MSG to root for her favorite NBA player.

After the game, the NY Post spoke to Selter about her relationship with Porzingis and it appears that her mother believes that there could be a possible connection between the two.

Selter, the fitness Instagram model who has expressed interest in KP, was sitting a few rows off the court Wednesday night when the Knicks lost 122-119 to the Bulls in double overtime.

Asked by The Post about her relationship with the Knicks star, Selter insisted with a smile that the two were “friends.”

Jen’s mother, Jill, sitting beside her, pitched in: “You never know.”

Porzingis, who had 24 points, six rebounds and four blocks in the defeat, earned praise from Selter.

“He was great as always,” she said.

Porzingis should probably be in contention for MVP if he’s somehow able to get with Jen Selter after randomly shooting his shot on IG.