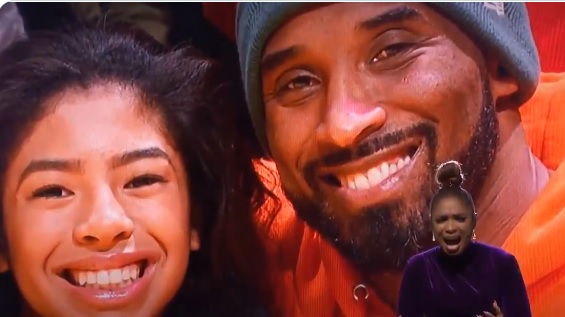 The NBA All-Star game is being held in Chicago less than a month after Kobe Bryant’s tragic death. As expected the NBA has been honoring Kobe with several tributes before the game.

Tonight’s TNT broadcast opened with a tribute video from Dr.Dre.

Magic Johnson would go on to lead an eight second moment of silence with all of the NBA All-Stars standing behind him.

Following the moment of silence, Jennifer Hudson came up on stage and performed an extremely touching tribute for Kobe and his daughter.