An Emotional Jeremy Lin Breaks Down And Cries During TV Appearance, Says He’s Hit Rock Bottom Because The NBA Has Given Up On Him 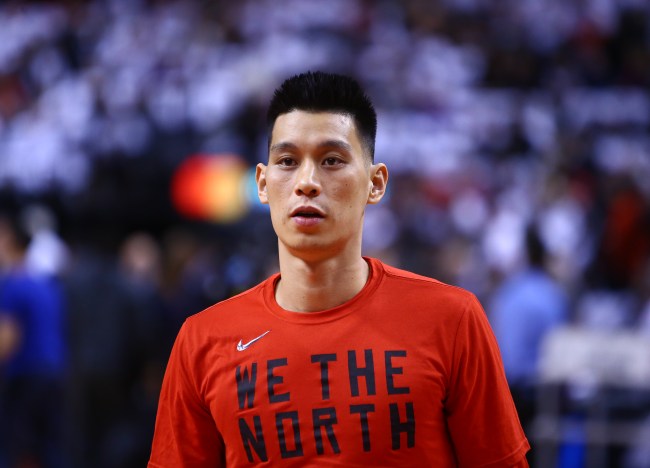 NBA free agency is basically over at this point and no one has signed veteran point guard Jeremy Lin.

Lin doesn’t appear to be taking the rejection from the league very well.

During an appearance on Asian Christian network GOOD TV, Lin lamented that he had hit rock bottom because the NBA has given up on him.

“Free agency has been tough because I feel like, in some ways, the NBA has given up on me.”

Every year it gets harder. And in English there’s a saying and it says once you hit rock bottom, the only way is up. But rock bottom just seems to keep getting more and more rock bottom for me. So, free agency has been tough. Because I feel like in some ways the NBA’s kind of given up on me.”

Lin currently has an overseason offer from CSKA Moscow.

NBA teams are apparently concerned about Lin’s mobility at this stage of his career.

We touched on Lin"s future in the most recent edition of the @nytimes weekly NBA newsletter (https://t.co/KwfHrD6wMS). Concerns about his mobility have cooled Lin's free-agent market after he logged just 27 minutes in the playoffs for the new champions in Toronto

Me having @JLin7 as one of my Vets, I’ll tell you I’ll ALWAYS be a fan of him!! Dude can HOOOOP, But is never selfish, it’s always about others and the Team First… The real ones know Bro!! I’ll always have your back… You not done yet💯 #LINSANITY https://t.co/F07NAnuXIt