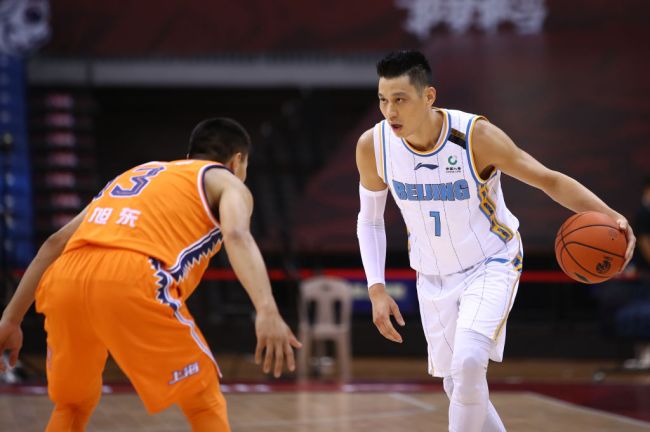 The NBA has reportedly identified the G-League player who called Jeremy Lin “coronavirus” during a game, a claim which the Santa Cruz Warriors guard made in response to the spike in Asian hate crimes associated with the origin of the disease.

Being a 9 year NBA veteran doesn’t protect me from being called “coronavirus” on the court.

In a statement by a G League spokesperson, the league opted to handle the matter internally, honoring Lin’s wish “not to name or shame” particular players.

“We’re handling this matter internally, a decision supported by Jeremy Lin. Lin has met with the player to discuss the escalating racism and violence toward Asian Americans, and the player understands the impact that hearing this comment had on Lin.”

The 32-year-old Taiwanese American has been increasingly vocal about the injustices done to Asians and Pacific Islanders, most recently linking up with Bleacher Report to deliver a troubling PSA.

"We're tired of our pain being overlooked."@JLin7 speaks on the rise of hate speech and racist attacks against Asian Americans and Pacific Islanders #StopAsianHate #StopAAPIHate 🙏 pic.twitter.com/RI7afv4F3s

In a televised town hall on NBC News titled “The Racism Virus,” Lin spoke about being told to “go back to China” and asked in college if he “could see the scoreboard with those eyes.”

Lin also recalled how, in one crucial college game, he played terrible and “lost control” after being called a slur repeatedly.

“That’s when I realized my assistant coach at the time, Kenny Blakeney, he explained to me his experiences as an African American trying to play at Duke and what that was like,” he said. “For me, it just really challenged my perspective to see that when people come in and they say those things, they’re trying to get you out of your element.”

Los Angeles Dodgers manager Dave Roberts—the son of a Black father and a Japanese mother—followed Lin’s lead, sent out a tweet to the entire Dodgers organization condemning the hate crimes, specifically in a Los Angeles metro area that contains one of the most concentrated Asian populations in the United States.

“Over the past year, there has been a dramatic increase in the number of hate crimes against Asian Americans and the Pacific Islander community,” Roberts wrote in an internal email to the Dodgers organization. “In recent months, those attacks have intensified and have targeted the elderly in California and New York — such bullying is cowardice.”

The best of Linsanity & The Black Mamba…pic.twitter.com/wzQTX5BSB1