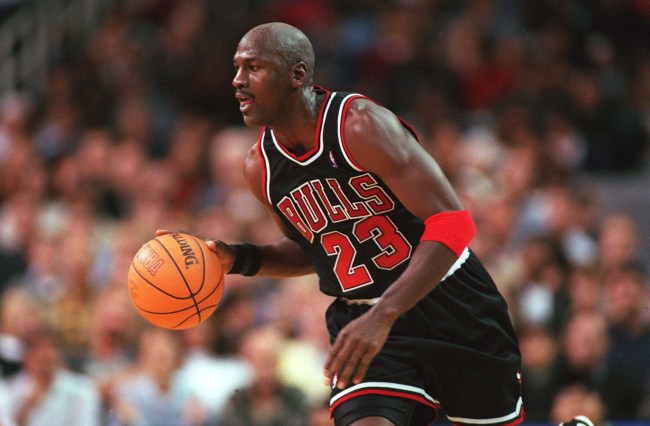 Back when he played Michael Jordan had a notorious reputation for being a heavy partier and would infamously take trips to Vegas during big-time playoff series.

While appearing on 670 the Score, Roenick told an epic story of hanging out and playing golf with Jordan hours before the Bulls played a game against the Cavs in the 90s.

Meet me at Sunset Ridge, early. We’re gonna go play 18 holes’” Roenick recalled Jordan saying. “We played a round, I beat him for a couple thousand and got ready to leave … Now, the Bulls are playing that night. They played Cleveland that night. I’m thinking he’s leaving, it’s 10 o’clock. He goes, ‘No, let’s go play again.’

“So we go and fill up a bag full of ice and Coors Light and walk again. We roll around another 18 and I take him for another couple [thousand dollars].

Roenick went on to say that he tried to take advantage of the fact that Jordan was absolutely hammered with a pregame bet that MJ was more than happy to take.

Now we’ve been drinking all afternoon and he’s going from Sunset Ridge to the stadium, to play a game. I’m messing around. I’m like, “I’m gonna call my bookie. All the money you just lost to me, I’m putting on Cleveland.’

Unfortunately for Roenick, Jordan won the bet when he balled out and scored 52 points in a blowout win.

Son of a gun goes out and scores 52 and they win by 26 points or something. After 36 holes of golf and having maybe 10 Bud Lights

MJ really is the GOAT.

You can watch Roenick’s appearance on 670 The Score below.

.@McNeil_Parkins asked Jeremy Roenick for his best Michael Jordan story. It was incredible.

It involved golf, beers and basketball. (We can't verify that every detail lines up, but that's not what we're here for. This is about MJ's greatness.)