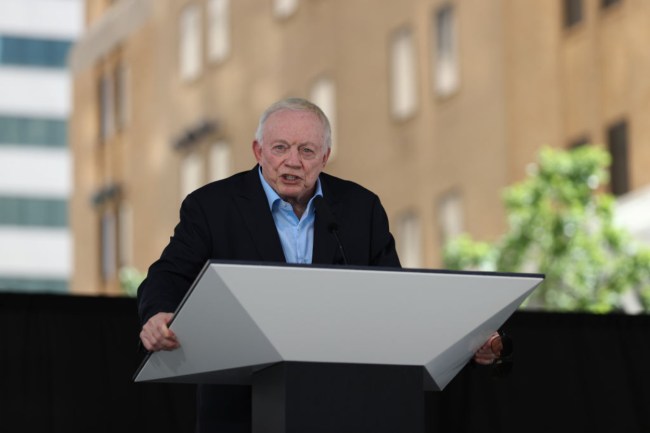 The speculation about Payton to Dallas has cooled off a bit, but rumors involving the Cowboys never truly go quiet.

Team owner Jerry Jones has made it clear that the rumors are just that, rumors.

In speaking with the Fort Worth Star-Telegram, Jones said that the rumors shouldn’t even be out there at all.

“Sean Payton shouldn’t be out there,” Jones explained. “For him, the Cowboys, that’s just sheer out of the air. It’s well known we’re good friends and we think a lot of him as a head coach. But in this case, asking the way you’re asking, he shouldn’t be a conversation piece.”

The ongoing rumors about Payton and the Cowboys aren’t exactly doing favors for head coach Mike McCarthy. Jones realizes that, so he took the time to send a message about his current head coach as well with a very straightforward message.

“That’s really the measurement of it. Not just for me, but it’s an eternity between right now and this time next year in our game, and I’m not trying to be dramatic. That’s what I should dwell on.”

Cowboys fans may not agree with Jones backing McCarthy, but they should appreciate him giving the head coach a vote of confidence, something he hasn’t necessarily done in the past.