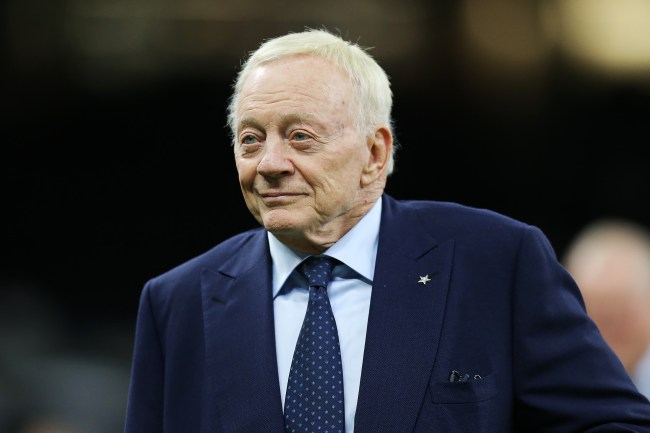 Dak Prescott has struggled to find consistency throughout this season for the Dallas Cowboys. This was expected to some extent with Prescott returning from the nasty leg injury he suffered last season. To make matters worse, Dak suffered a calf injury back in October that some think could still be impacting him.

However, Jerry Jones offered up a different explanation for Dak’s struggles. In his eyes, it’s actually the receivers who are to blame. While appearing on 105.3 The Fan, Jones was asked if Dak is 100% healthy and offered this answer.

“Yes,” Jones replied. “The thing that you’re seeing sometimes when the pass looks errant is because the receiver, for instance, ran the wrong route, cut it off two yards shorter. … That’s one of the answers, better routes.”

it’s a bit of a suprising take from Jones, who was only being asked about Dak’s health. While he did answer the question, the criticism of the receiving corps seemingly came from nowhere.

We know that Jones was recently unhappy with Amari Cooper because of his vaccination status, but it’s interesting to hear him criticize one of the league’s most talented receiver groups.

For Dak’s part of this whole mess, he has been extremely inconsistent since returning from that calf injury. He has only topped 250 yards twice in the last 5 games and has struggled to get anything positive going for the offense in matchups against the Broncos, Chiefs, and Saints.

With two matchups against the streaking Washington Football Team in the next 3 weeks, Dak is going to need to get this figured out quickly or the Cowboys could soon find themselves looking at a second place finish in the NFC East.