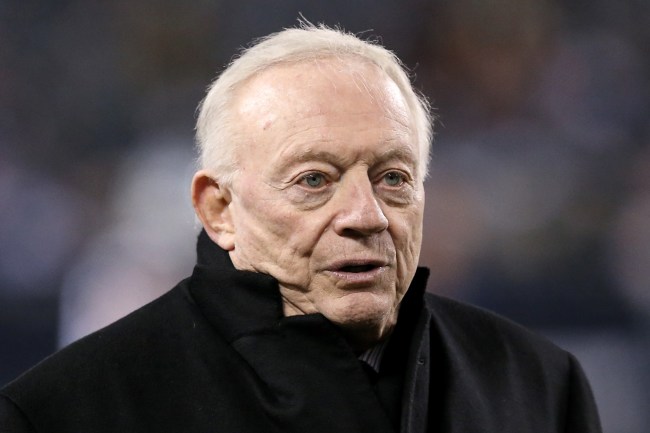 The Dallas Cowboys are 7-8 after losing to the Philadelphia Eagles and team owner Jerry Jones isn’t taking the loss very well.

Jones seemed to be disgusted when he was seen leaving his luxury suite before the game ended.

Jerry Jones has had enough pic.twitter.com/6UPMvcB3Lv

After the game he would go one to hold a very brief press conference where he said he was disappointed with how the team has performed this season.

Jerry Jones spoke for just more than two minutes about his disappointment in not winning the division title and not scoring touchdowns. He said little else before walking away.

#Cowboys owner Jerry Jones: “When you get yourself technically in a spot to come in to a Philadelphia team that has the players they got even though they have been missing a lot of them, you give yourself a chance to be real disappointed. We are.”

I asked Jerry Jones what disappointed him most: “I thought we could up here and play a better game than we played. I thought right up until the very end we could come in and make some plays and get it done.” That was the only question he took.

Apparently Jones tried to duck the press corps and had to be chased down by the media.

I’ve never seen anything like that. Jerry Jones gave a very brief press session outside the locker room and the tried to leave — only for the entire press corps to chase him through the tunnels of the Linc and out into the loading dock.