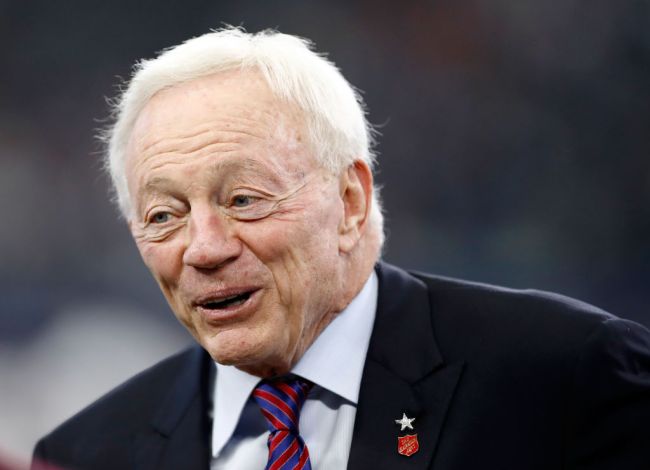 Jerry Jones isn’t one to usually sit back and listen to the media criticize his Dallas Cowboys but given his team’s performance on the field and bad fortune this season, even he realizes that the criticism is well warranted.

In an interview on 105.3 The Fan, Jones was asked the simple question of what the media has maybe gotten wrong during Dallas’ 2-7 season thus far. Instead of going after the radio host for even asking the question, Jones said the media has actually ‘nailed it’ with its criticism toward the Cowboys this season, specifically the team’s defense. He couldn’t keep it completely on him, however, he had to take a bit of a shot at Dontari Poe, which the team cut earlier this season.

“Well, first of all, that’s about as fair as you want to get right there. I really think you’ve nailed it,” Jones said, acording to 247 Sports. “I think your criticisms — we really tried to bolster up the center of our defensive front, we didn’t get it done with our because of a combination of things; injury, production of (Dontari) Poe, things like that. We didn’t get it done from the standpoint of those guys coming in and joining younger guys, and making the transition that we wanted to make.

“And I think y’all have nailed that. You’ve said this the defense looks like the guys are thinking, having to think too much and having to do things that might not be as natural as you would like to have.”

Heading into Week 11, Dallas’ defense ranks 23rd in the league allowing 381.6 yards per game and last in scoring defense allowing 32.2 points per game. We saw that even before Dak Prescott went down with his season-ending injury that this Cowboys defense wasn’t going to allow them to make any sort of deep playoff run this season.