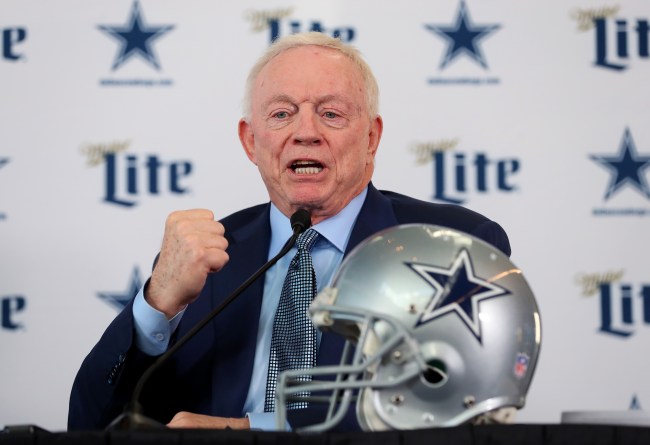 For the past month Dez Bryant has been making a strong push to get back on the Cowboys and it seems like Jerry Jones might be seriously considering it.

Last month Bryant asked the Cowboys to give him Witten’s role in the offense.

Give me the role they gave witten.. no shot at witten ..let me play with zeke pollard Gallup cooper Cobb jarwin…… think about it.. in the mean time I’m working

Bryant even went on to workout in Texas with Patrick Mahomes right next to Cowboys stadium and he looked pretty good in the process..

Comeback SZN@DezBryant links up with @PatrickMahomes to get that work in 👀 pic.twitter.com/yDemylJXHI

At the NFL scouting combine Cowboys owner Jerry Jones commented that he had been thinking about bringing back Bryant next season while “in the shower”.

Update: Bryant reacted to the Jerry’s quote on Twitter.