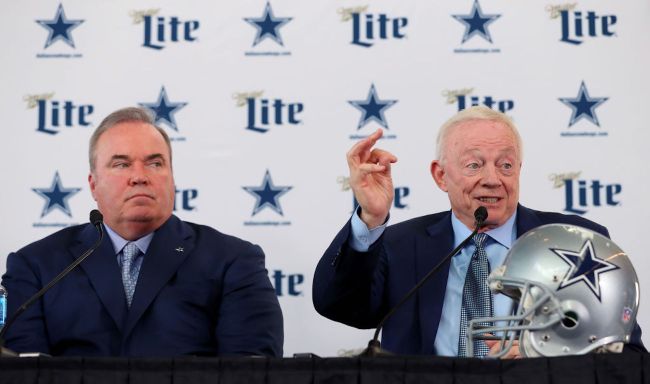 Speaking to reporters at the Senior Bowl, Jones lavished praise on defensive coordinator Dan Quinn, who many expected to land a head coaching gig elsewhere this offseason. Despite the fact that it’s only February and the 2022 league year hasn’t even started, Jerry Jones has Mike McCarthy on such a short leash that he’s already choking himself on it.

“He’s very qualified. If I didn’t have a coach, I would have been interviewing him for coach,” Jones said of Quinn while speaking to reporters at the Senior Bowl.

“(Quinn) stays here because there always has been, with every coach, every one of those three coaches, have said they’d love to be the head coach of the Cowboys. Every one. Every one. So my point is that has, in my mind, a lot of logic as to why they might not take a job now rather than one or wait and see how the cards go in the future.”

To make matters even worse for McCarthy, Jones also alluded to the fact that McCarthy will eventually be succeeded by “somebody”, which is certainly an interesting thing to say after heaping plaudits on your head-coaching-experienced defensive coordinator.

“Mike [McCarthy] knows that someday, somebody other than him will be coach of the Cowboys,” Jones added.

Quinn, who coached the Atlanta Falcons to the Super Bowl a few years back, was thought to be one of the premier head-coaching candidates this offseason after he helped turned the Cowboys’ defense around after just one season. Given that he ultimately stayed in Dallas, he and Jones certainly seem like they’re on the same page when it comes to Mike McCarthy.