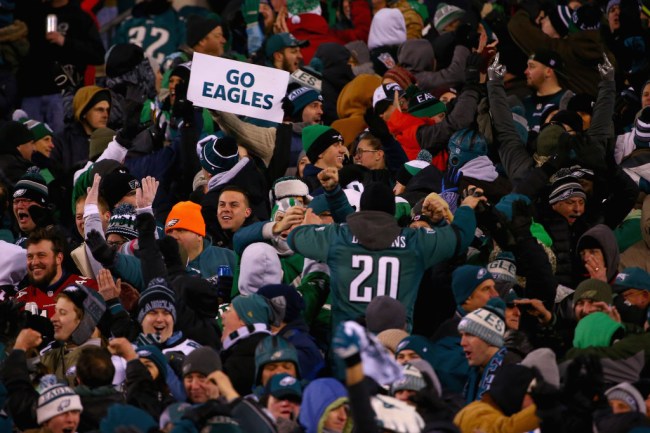 New York City is the greatest city in the world, but it’s also the dirtiest place in the world. There’s really nothing like a summer night in the city, seeing rats run from street to street while inhaling the smell of literal tons of trash melting to the sidewalk as us non-professional athletes walk to pay $2.75 to enter the dirtiest tubes in the history of tubes.

Jets rookie wide receiver Denzel Mims doesn’t see New York City in that light, however, or at least he hasn’t experienced those magical moments just yet. In fact, Mims appears to think Philadelphia is worse than NYC.

The second-round pick out of Baylor was streaming Call of Duty over the weekend and talked about his pre-draft visit with the Eagles and said he didn’t like the “dirty ass, trash ass city” of Philadelphia.

#Jets rookie WR Denzel Mims on his pre-draft interview with the #Eagles : “I didn’t like that dirty a**, trash a** city.” (Video : phillybirdsonly IG) pic.twitter.com/Cws1KUtMk1

Mims may be a millionaire living in New York or New Jersey, but he’s still in for a rude awakening if he thought Philadelphia was a ‘dirty ass city.’ Hell, he’s in for a rude awakening when he realizes Metlife Stadium is in the middle of absolutely nowhere and would be a pain in the ass to get to even if you had a private helicopter.

Back in April, Mims said he wasn’t “familiar” with Philadelphia and there was “a lot going on” during his visit. Again, this sounds like words from a man that hasn’t yet experienced New York City. If you think a lot is going on in Philadelphia, New York City makes Philly look like a small town in Nebraska when there isn’t a pandemic slowing things down.

It’s worth noting that I may or may not be moving from NYC to Philly soon, so I take offense to Mims’ remarks here. Go Giants.