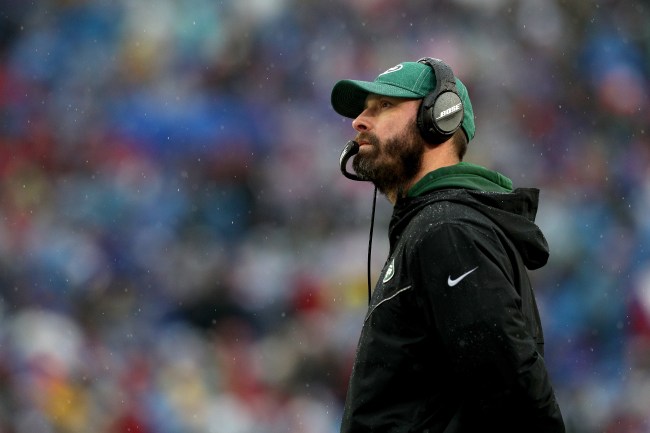 Frankly, I’m just surprised it’s taken this long. Had you asked me before the season started which team was the most likely to succumb to a coronavirus outbreak, I would’ve answered “New York Jets” before you even finished your question. This is a franchise that has perfected patheticness and colonized chaos. The New York Jets were always going to have their season upended by coronavirus. It wasn’t a matter of if, but a matter of when.

That when, as it turns out, was the Friday prior to the fifth game of the season, as Adam Schefter is reporting that, following a “presumptive positive player test”, all Jets players and staff were sent home.

After a presumptive positive player test today, all Jets players and coaches were just sent home, per source.

As Schefter points out, the Arizona Cardinals — who were supposed to play the Jets on Sunday — were supposed to leave for New York today, but “there are now questions whether they can leave to fly East.”

Following a strong first few weeks, the NFL has seen their COVID protocols begin to unravel, as there have been positive tests in New England, Las Vegas, and Tennessee. As a result of the positives in Tennessee, the Titans game against the Pittsburgh Steelers was moved to Week 7, forcing both teams into an unplanned bye-week.

This has been a tumultuous week for the National Football League, as star quarterback Patrick Mahomes has reportedly been sleeping in a different bed than his fiance after he made contact with New England Patriots cornerback Stephon Gilmore, who tested positive for COVID-19 after the Monday night game against Kansas City (a Monday night game that was supposed to take place on the Sunday before but was delayed due to positive tests in New England, mind you).

At this stage, given the way things are going, it seems very unlikely that all 32 teams are going to be able to play a full schedule this season.