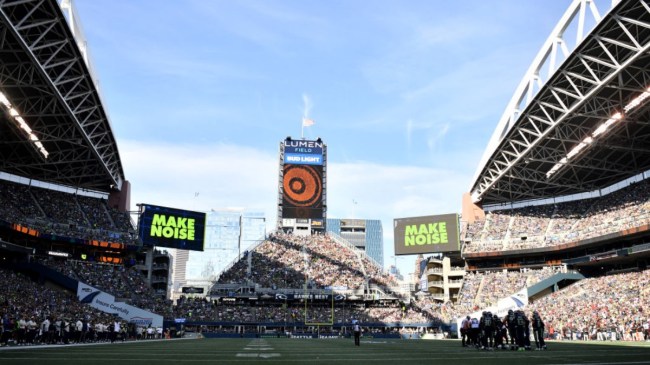 The world of professional sports could soon see quite a few new owners. The Phoenix Suns and Mercury are for sale. There have been rumors about the New York Jets being sold in the near future. The Seattle Seahawks are also expected to have to be sold.

While there hasn’t been much clarity about when we can actually expect to see the Seattle Seahawks sold, there is one NFL owner who has revealed when he believes the team could find its new owner.

Indianapolis Colts owner Jim Irsay told Bloomberg yesterday that he believes the Seahawks will be sold around 2024.

.@bloombergdeals scoop: the Seattle #Seahawks is seen to be the next NFL organization for sale, according to Colts owner Jim Irsay, who estimates the team to be available circa 2024 https://t.co/u30CC9xPAM

There’s going to be a few. Seattle — with Paul Allen my friend unfortunately passing away and that team is in a trust — is going to become available I’d imagine in the 2024 range.

That timeframe would work out pretty well for the Seahawks to entice a new owner. While the team isn’t expected to be the most competitive this season and just dropped a home game against the Atlanta Falcons, they have young talent on their roster and a pair of extra picks early in next year’s draft from the Broncos.

If the team drafts well, the Seahawks could be a very appealing team to own in 2024.

Irsay also gave some interesting insight into where he believes the valuations of NFL franchises are headed.

You’ll never regret the price you paid for the team.Anyone that got [the Broncos] for under $8 billion, they got them for a heck of a deal.

If Irsay is right about teams having that kind of value in the future, then whoever buys the Seahawks will probably end up getting a steal at whatever price they pay.