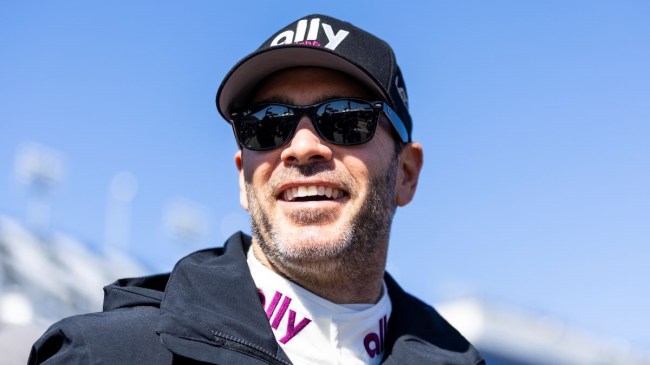 The seven-time NASCAR Cup Series champion retired following the 2020 season after an historic career matched only in championships by legends Richard Petty and Dale Earnhardt Sr.

Johnson then tried his hand at IndyCar racing. First in a part-time role and then full-time for car owner Chip Ganassi in 2021. But it was clear both by the results and Johnson’s body language that it wasn’t the same.

The 47-year-old now returns to the NASCAR Cup Series, and he’s coming back in a big, big way.

Johnson made massive news on Twitter on Friday when he announced he had purchased a stake in Petty GMS racing.

Johnson becomes a co-owner of the team along with Allegiant Airlines CEO Maury Gallagher and fellow seven-time champion Richard Petty.

“It’s great to be back in NASCAR,” Johnson said in a press release. “When the IndyCar season ended I started on this journey of what was next. Maury and I connected, this opportunity came to light and it’s the perfect fit for me. Team ownership makes so much sense at this stage of my career and after spending time with Maury and his family, talking with Mike (Beam), Dave (Elenz, crew chief of the No. 43) and Joey (Cohen, Director of Competition and Engineering), I realized this was something I wanted to be involved with from both the business perspective and on the competition side. If I’m going to commit to something like this, I want to make a difference and have something tangible to show for it when it’s all said and done. So, this opportunity with Petty GMS is all of that and much more.” – via NASCAR

Johnson also plans to return to the track in a part-time role for the team that includes the 2023 Daytona 500. He’ll team with full-time drivers Erik Jones, who won the 2022 Southern 500 at Darlington, and incoming rookie Noah Gragson.

Fans were both shocked and elated by the announcement.

Can’t begin to describe how excited I am to see @JimmieJohnson returning to the Cup Series garage not only as a driver, but car owner as well!#NASCAR | @PettyGMS https://t.co/CXJsKznMbV

Because when you’ve won seven championships, nobody gets to tell you when to retire.