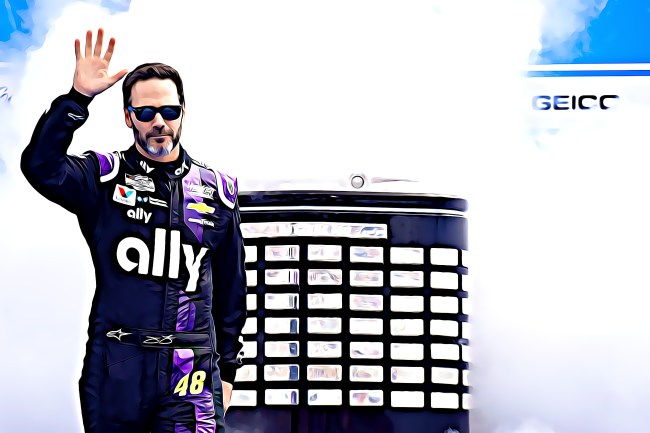 In November 2020, Jimmie Johnson shocked the NASCAR world by retiring from as a full-time driver after a legendary 18-year career. His resume is cartoonish: 83 career victories, sixth all time in wins, and the only driver to win five consecutive Cup Series championships.

But dominance gets boring and Superman is now living out his childhood dream in the IndyCar Series with Chip Ganassi Racing.

We spoke with Jimmie on our Endless Hustle about the impetus for his decision and the process of unlearning NASCAR so he can succeed in open-wheel racing.

"I'm at a point in time where I just want to have fun and challenge myself."

“Growing up in southern California as I did, NASCAR was pretty far away. Of course I knew of it, knew some of the names and would occasionally catch it on television.

But what was closest to us was IndyCar. And every kid in my neighborhood threw out IndyCar driver names as their heroes so that was the world I grew up in and what I wanted to do.

…Now I’m at a point in time where I just want to have some fun and I want to challenge myself and I want to try something that was always top of mind when I was a kid.”

The NASCAR legend also admitted that there are “more differences than I ever thought there would be” between his old sport and current IndyCar challenge.

“The cars are much different. The procedures, the process, the technology. Every facet of it is different. And I look forward to really spending more time here and absorbing what I need to so it becomes second nature.

Right now, there are so many differences that I kind of feel robotic trying to connect the dots in each and every session I’m on track. And even when I’m away from the car, in the technical side, the debriefs, the planning for a setup to the racecars.”

Check out our entire interview with the great Jimmie Johnson below.