Jimmy Butler Describes All The Coaches He’s Played For, Says Erik Spoelstra Looks Like A Nice Guy But Will ‘Cuss Your A– Out So Quick’ 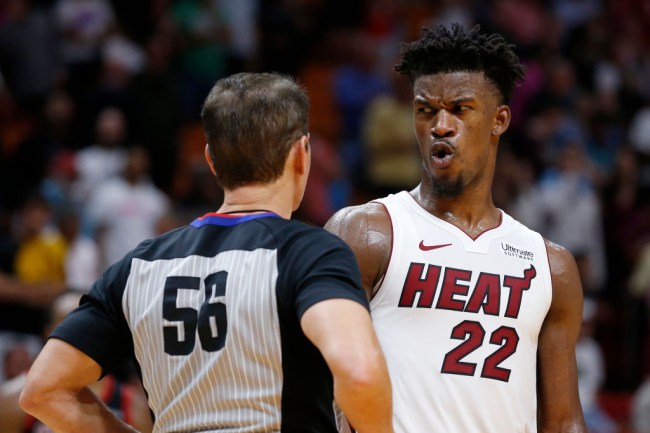 Now in his ninth season in the NBA, Jimmy Butler has played for four different teams. He’s a player that’s seen a lot already in a still rather young NBA career and has certainly experienced different coaches and coaching styles during his time in the league.

He signed a four-year, $142 million contract with the Heat prior to the start of this season. Prior to the Heat’s battle with the Lakers in Miami on Friday, Butler talked with the South Florida Sun Sentinel about how his current coach Erik Spoelstra and past coaches Tom Thibodeau and Brett Brown deliver their messages to him and his teammates.

“You talk about a guy who looks really, really calm, but he’ll cuss you out in a heartbeat,” Butler said of his newest head coach Spoelstra.  I think that’s a huge difference.”

I think if anyone had to rank these three coaches in terms of which would cuss you the fastest and the most, Thibodeau would be atop most people’s lists.

With that being said, Spoelstra does look like a guy that can flip that switch pretty fast though. One second he’ll be laughing about something and the next second he looks like he could grab a basketball and pop it with his own two hands.

Whatever Spoelstra is doing with Butler and the Heat seems to be working. Miami is 18-6 on the year and has won six of its last seven. Butler is leading the team in points per game (20.6), assists (6.9) as well as steals (2.1).