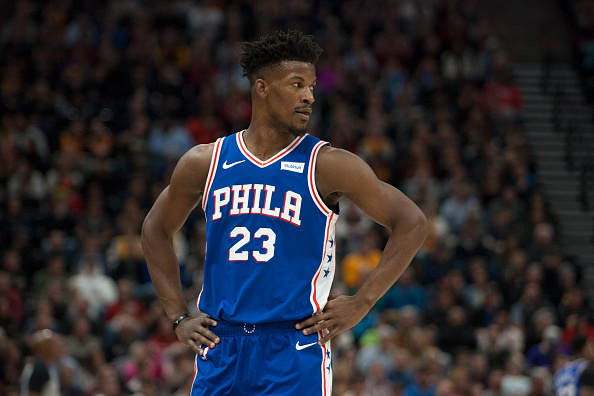 It was only a matter of time until Jimmy Butler rubbed people the wrong way in Philadelphia. Just months after Butler forced his way out of Minnesota after beefing with his teammates. the Sixers star guard apparently got into it with head coach Brett Brown during a film session.

Butler has been vocal in his contesting of Brown and his system, including a recent film session in Portland that some witnesses considered “disrespectful” and beyond normal player-coach discourse.

Brown has told people within the organization that he had no issues with that exchange and considered it within the confines of the relationship that he’s developed with Butler, sources said.

Butler’s friction with the team is putting in question whether he would resign with the Sixers this offseason.

While a source close to Butler contends that his intense, direct style can come off as combative as he’s trying to make clear his viewpoints, Butler’s sluggish assimilation into the Sixers environment is causing some concern about his long-term viability and fit with the organization, league sources said. Nevertheless, the franchise’s full focus and resources remain on making this new partnership work this season and beyond.

Butler isn’t the only player who has complained about Brown’s offense. A few weeks ago, Joel Embiid vented his frustration about his role with the team after the Jimmy Butler’s acquisition.

There are always adjustments to be made when there’s so much talent on the team but as of now it seems that the Sixers experiment could only last one season.