Jimmy Graham Says NFL ‘Basically Forced’ Him To Get The Vaccine, Is Confused By New Daily Testing Recommendation 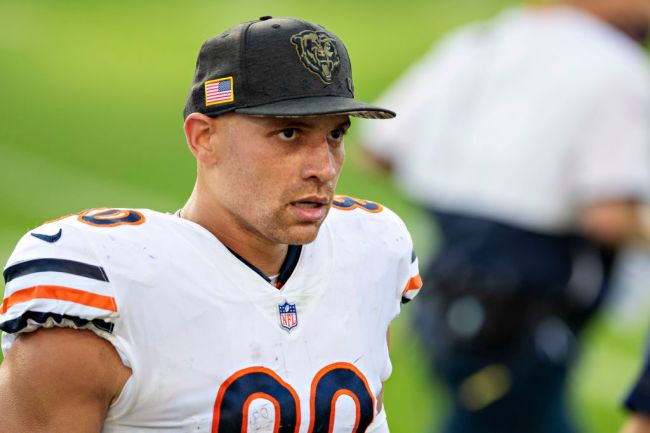 With the NFL laying out strict protocols for the unvaccinated, Bears tight end Jimmy Graham says he was “basically forced” into getting the vaccine. Now, with the NFLPA laying out new protocols, he’s confused about the whole situation.

The NFL Players’ Association shared new guidelines it will be proposing to the league surrounding COVID-19 testing on Thursday that completely went against a memo shared by the league just two weeks ago.

If the NFLPA’s recommendations are adopted by the NFL, vaccinated players will now be tested each day they enter the team’s facility. The guidelines note that even vaccinated people can both contract and spread the virus, specifically the Delta variant. The NFLPA statement also suggests that masking may be required regardless of vaccination status in the event of an “apparent virus spread.”

Graham wasn’t pleased with this new update and took to Twitter to voice his frustrations and utter confusion about the entire situation.

Was basically forced into getting the vaccine. Now I’m just confused. @NFLPA pic.twitter.com/a0627DlPCH

The NFLPA’s New Guidelines vs. The NFL’s Protocols

The NFL’s memo made it very clear that vaccinated player’s lives will be much easier than unvaccinated players’ lives, especially when it comes to testing. Fully vaccinated players are only obligated to be tested once every 14 days, but now the NFLPA is asking for everyone to be vaccinated every single time they enter their team’s facility.

The league also stated that if a COVID outbreak occurs among unvaccinated players then the team will be forced to forfeit games that are impacted that can not be rescheduled. Both teams, not just the one that suffered the outbreak, would forfeit their paychecks for that missed game as well.