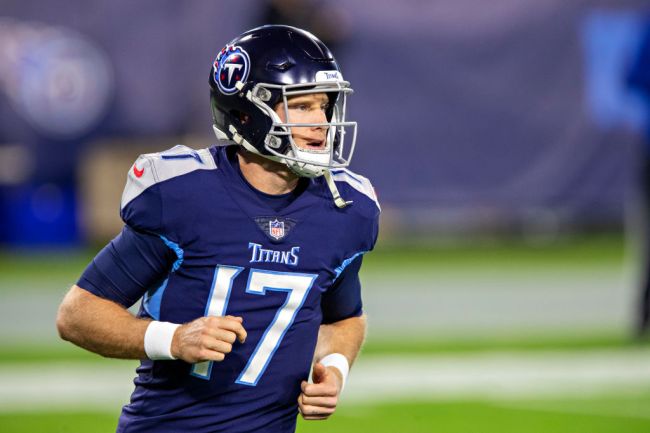 The NFL’s recent memo addressing the negative impact unvaccinated players could have on their teams appears to be working.

While speaking with the media at Titan’s training camp on Wednesday, quarterback Ryan Tannehill admitted that he would not have gotten the vaccine if it weren’t for the new protocols the league is enforcing.

“I wouldn’t have gotten the vaccine without the protocols they’re forcing on us,” Tannehill explained. “I think it’s a personal decision for everyone, everyone has to make the best decision for them and their families, but they’re trying to force your hand and they ultimately have forced a lot of hands by the protocols.”

Tannehill: NFL forced my hand to get vaccine. #NFL pic.twitter.com/brmHhFMnUX

Tannehill: I wouldn’t have gotten the vaccine without the new protocols they’re forcing on us. #Titans

With training camps around the league getting underway, it’s safe to assume other players will share statements similar to Tannehill’s. The 33-year-old is the first to blatantly say the new protocols essentially forced him into getting the vaccine.

NFL Threatens Forfeiture, Other Punishments For The Unvaccinated

The league’s statement shared earlier this month stated that if a COVID outbreak occurs among unvaccinated players then the team will be forced to forfeit games that can not be rescheduled.

The memo also outlined that it wouldn’t just be the team with the outbreak that would forfeit their paychecks for the week, the other team involved in the canceled game would not be paid either.

When it comes to players testing positive, anyone that hasn’t received the vaccine is subject to mandatory 10-day isolation. Any vaccinated players who test positive and are asymptomatic can return to action after two negative tests 24 hours apart.

Teams around the league likely aren’t going to tolerate even a handful of unvaccinated players on their roster given the implications of a possible forfeit. There is far too much money involved for the money-making machine that is the NFL here.