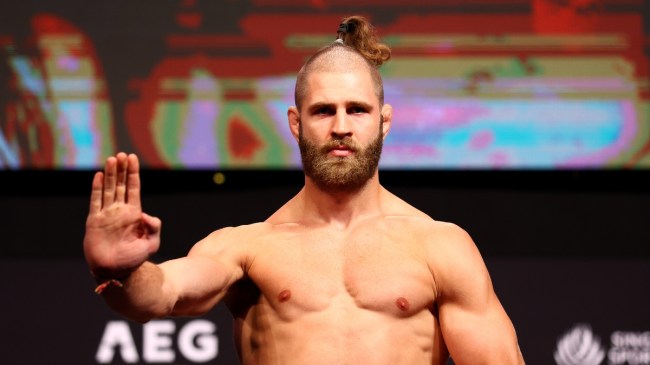 Jamahal Hill walked into UFC 283, put on a strong performance, and took home the light heavyweight belt. He’s now the top dog in the division and will be getting a big fight later.

Well, it sounds like his next potential opponent might already be in the works. Especially after Jiri Prochazka sent a crazy intense video after Hill’s win.

Here, you can see how much winning the belt means to Jamahal Hill. Barstool Sports shares a clip of him expressing pure emotion before being crowned the winner. This was one of the coolest things to see in the UFC and a great way to start off the new year.

From Chicago to the new champion of the WORLD!

What a moment for Jamahal Hill. ANDDDDDDDD NEW! #UFC283 pic.twitter.com/TjC0Y4nqAM

However, even though this happy moment was awesome to watch, former champion Jiri Prochazka sent a chilling message to Jamahal Hill. He clearly wants another shot at being a UFC champion and seems ready to go right now.

I don’t know about you but I’m glad I’m not a UFC fighter. That’s one of the most intense videos you’ll see as he’s not messing around.

It’s been a while since we’ve seen him in the cage as injuries have kept him on the sideline for a good chunk of time now. Regardless, he should be the next in line to challenge Jamahal Hill. With that said, keep a close eye on these two, as the UFC should hopefully announce a fight in the coming months.