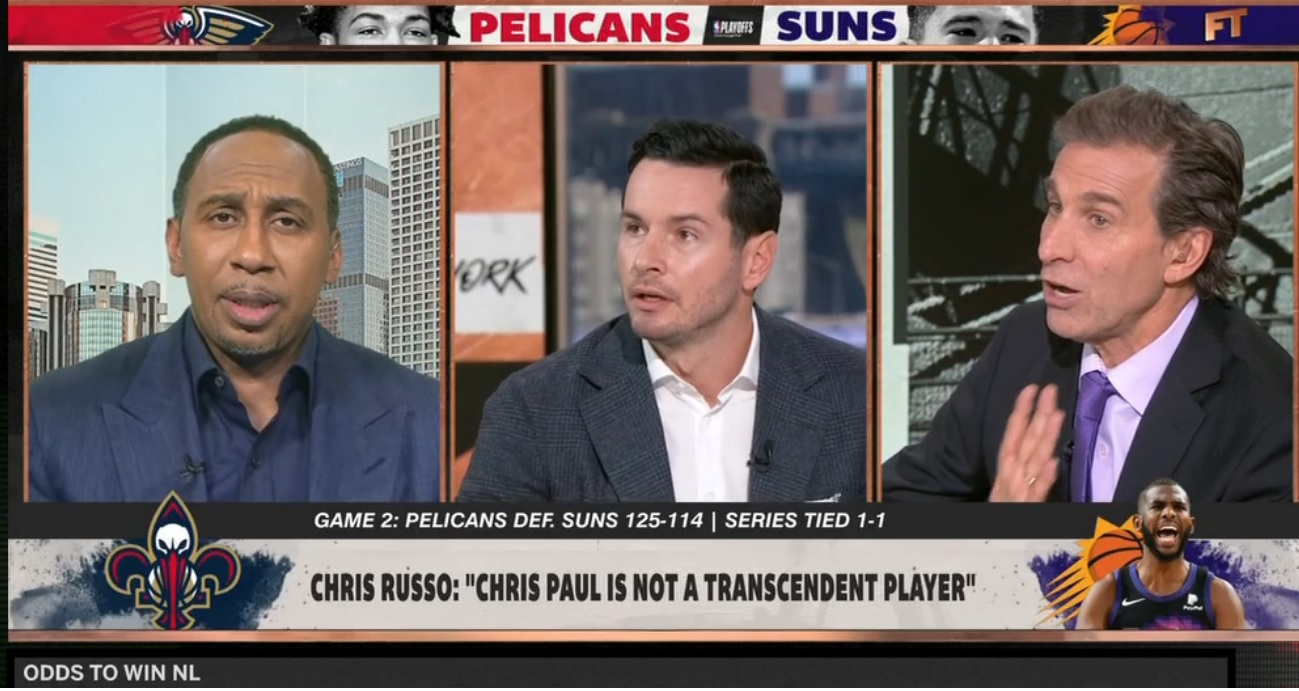 JJ Redick has had about enough with Chris ‘Mad Dog’ Russo and his awful NBA take.

In the past few months, Russo has gone viral several times for his bizarre basketball opinions on ESPN’s First Take.

Wait… what did he say? 😱 @MadDogUnleashed says he would take Larry Bird over LeBron James with both players in their prime. pic.twitter.com/0FxEuWvFqK

During the latest episode of First Take, Redick nearly lost his mind when Russo tried to compare Bob Cousy to Chris Paul.

JJ Redick going from one of the most hated basketball players on the planet in college to fighting against Cousy evangelists is one the most miraculous redemption arcs I’ve ever witnessed. pic.twitter.com/pbDtMPy4yx

Redick: “He’s (Chris Paul) is an all-time great point guard, and if he wins a championship, he’s in the conversation for the greatest point guard of all time.”

The Cousy debate led to Redick hilariously stating that Cousy was playing against “firemen and plumbers” back in his heyday.

JJ Redick is so fed up on First Take 😂😂

“[Bob Cousy] was being guarded by plumbers and firemen” pic.twitter.com/qOAkLEEUgd

Russo: “Was Paul ever first-team All-NBA?”

Reddick: “Did Cousy ever shoot over 40 percent from the field in his career?”

Reddick: Oh well, you know he was being guarded by plumbers and firemen.”