J.J. Watt Looks Like The Hulk In New Offseason Workout And NFL Quarterbacks Should Be Very Scared 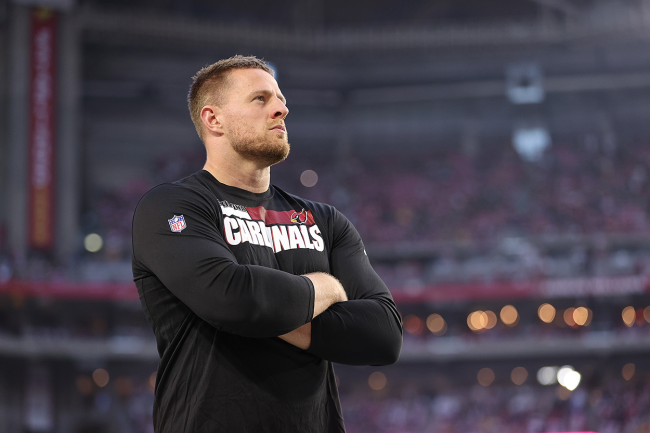 J.J. Watt missed a large chunk of 2021 with an injury. The 33-year-old tore his labrum, his bicep and his rotator cuff along with dislocating his shoulder in October, but he returned in time for the playoffs and looks to be at full strength ahead of 2022.

Each year, it seems like the former first round NFL Draft pick goes viral for his offseason workouts. This year is no exception.

Watt revealed earlier this month that he and his wife are expecting a child. He used the news as a creative quip with his workout post on Saturday.

The photo is captured “Dad bod loading…” and shows Watt in what is likely his home gym. He is seen flexing every muscle in his body, from head to toe, and even his muscles have muscles. The 6-foot-5, 288-pound defensive end looks every bit of 288 pounds.

Watt is entering this 12th year in the NFL and opposing quarterbacks are surely looking at his tweet from Saturday and shaking in their boots. There are few things scarier than looking across the line of scrimmage and seeing a behemoth like Watt.