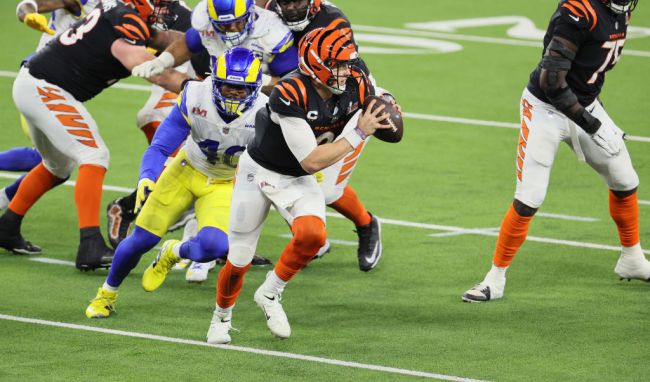 Joe Burrow did something amazing last season. He took a team that had won 4 games during the 2020 season and nearly led them to the first Super Bowl win in franchise history.

Unfortunately, the Bengals fells just short in the Super Bowl, losing 23-30 to the Rams and we haven’t heard much from Burrow about the team’s playoff run since. That changed today as Burrow took part in his first press conference since February and gave fans some insight into last season.

“Going into last year, we knew we were good, but I think going into the playoffs, we knew we could win but we weren’t really sure what it took. We just went out there and played really hard and together as a team, and it worked out.

Burrow also talked about the team’s mindset as they look to get over that final hurdle and win a Super Bowl next season.

Joe Burrow on raising the standard in Cincinnati after the Super Bowl run: “Our standard has never changed. Coming in here year one I expected to win every game… I’m not going to accept losing.” #Bengals

The Cincinnati Bengals are certainly in a good position to make another run this season. They’ve retained all of their key offensive weapons and even strengthened their O-line this offseason. Burrow could also be even better in year 3 than he was in year 2.

Burrow was coming off of a major knee injury as he entered the 2021 season and got off to a bit of a slower start early in the year. By the end of the year he had clearly returned to form and now he is practicing without a knee brace for the first time since the injury.

The expectation from Joe Burrow seems to be Super Bowl or bust every season. Losing in one this year might just prove to be the catalyst for them to win one next season.