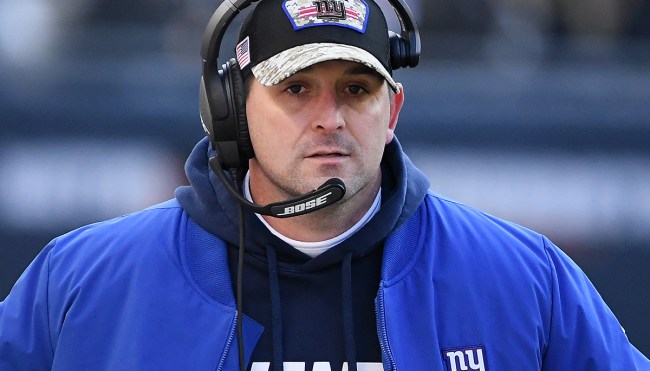 It didn’t take long for underperforming teams around the NFL to kick off a mass culling of head coaches after the end of the 2021 regular season, as the Vikings, Broncos, and Dolphins bid farewell to Mike Zimmer, Matt Nagy, and Brian Flores on the Monday following their final game of the year.

Plenty of fans were fairly shocked by that final dismissal, but the most baffling development of the day was that it ended without the New York Giants opting to give Joe Judge the same treatment after finishing the season with a 4-13 record and treating us to one of the most inexplicable play calls of the year during their contest against the Washington Football Team.

Former Giants are calling Joe Judge to tell him how much they wish they could be running a QB sneak on third-and-9pic.twitter.com/TqsrhwroYO

However, that changed on Tuesday after Dave Gettleman retired as New York’s GM and Judge was summarily dismissed from his job following a two-year stint where he led the Giants to a 10-23 record.

On Wednesday, we got a peek at how Judge decided to cope with the news when someone who was staking out his house in New Jersey captured a guy dropping off enough pizzas to rival the dinner at the start of Home Alone and another person delivering plenty of beer to wash it down with.

The day after he was fired by the New York #Giants, former head coach Joe Judge had a bunch of pizzas & cases of beer — Michelob Ultra & Coors Light — delivered to his New Jersey home. pic.twitter.com/tJn3ebS1J0

Now, you have to assume Judge was hosting some sort of post-firing gathering, but that’s not going to stop me from telling myself this is what things looked inside the home like later in the night.