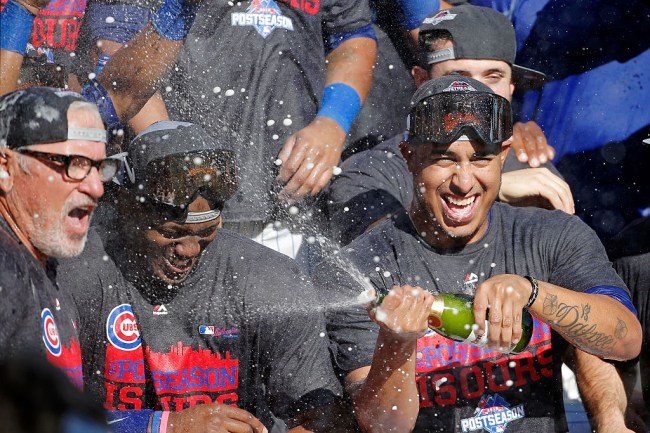 Most managers are lecturing their players about the dangers of partying too much. Joe Maddon is not your typical MLB manager, and he blames the Chicago Cubs road woes because his players were not pounding enough beers and not partying enough.

The Chicago Cubs enter their Wednesday game against the Pittsburgh Pirates with a record of 82 wins and 75 loses. The Cubs currently have a seven-game losing streak, and their elimination number is down to one as they are five games out of the final NL Wild Card spot with only five games remaining. With the season quickly fading away, Maddon lamented about one of his team’s flaws — not drinking beers with teammates. I wish Joe Maddon was the manager of my company softball team.

The Cubs are 51-30 (.630) in the friendly confines of Wrigley Fied and have a 31-45 (.408) record on the road. Following the Cubs’ latest loss to the Pirates on Tuesday, Maddon was asked about why his team struggles on the road. Maddon wants his players to bond over a frosty brew instead of hiding in their hotel rooms.

“If you want to look into it any more deeply, it may have to do with behavior before the game, what you do,” Maddon said at a press conference. “I’m not accusing them of going out at night, because I wish they would. That’s the one part of this game we’re missing is that guys don’t go out and have a beer and talk about stuff.”

“That’s not old school or anything. That’s just social,” Maddon continued. “Everybody is more (comfortable) wanting to stay in their room and play video games. And I’d just love (if) our guys interacted a little bit more away from the hotel at night.”

Hard to argue that beer doesn’t help chemistry between people, with the exception being that ex-girlfriend who got too drunk off of Dollaritas and started fights with a table full of bikers at your local Applebee’s and told them her boyfriend would kick their ass.